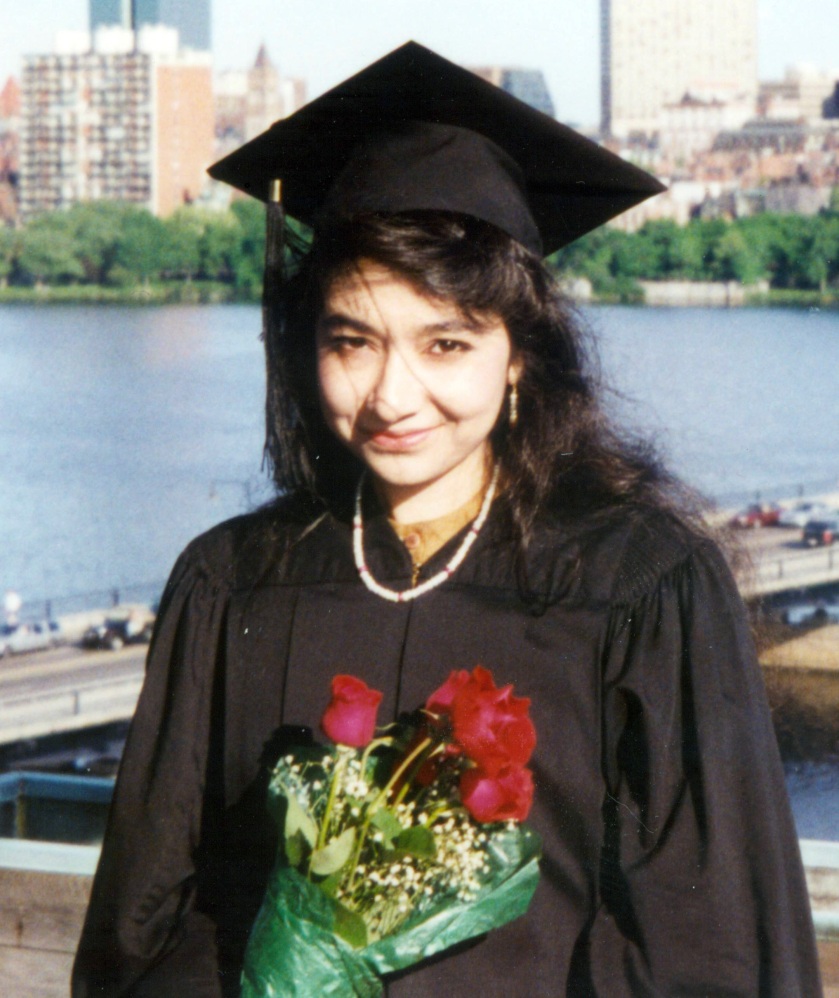 Convicted of attempted murder, Dr. Aafia Siddiqui, 38, was sentenced to 86 years in prison in New York on Thursday. The Pakistan-native was held in custody for two years after allegedly shooting at US troops and an F.B.I agent in Afghanistan with an assault rifle she grabbed from behind a curtain, unlocked, and fired before being shot in the stomach by an interpreter.

Although she infamously topped America’s most wanted list for years, most Americans would be hard pressed to comment at all on the MIT and Brandeis graduate who is due to serve decades in jail for compromising their security.

Perhaps Siddiqui’s trial has received so little attention in the US because the charges brought against her do not relate not to her’s supposed links to Al-Qaeda, or the canisters of chemicals, bomb-making manuals, and lists of American landmarks that she had been carrying at the time her detainment in Afghanistan. This has been seen by Harper’s and many others as an all too easy story, especially given the immense variance in claims made by US officials and Afghani eye-witnesses, as well as Siddiqui’s own story. Despite the questionable circumstances of her arrest, however, no evidence about her capture was allowed to surface at all in the recent trial, only furthering protest in Pakistan.

While the verdict was announced only in the regional section of the New York Times, in her own country, Siddiqui’s case become something of a cause célèbre. Many Pakistanis have long condemned what they believe to be an unjust trial based on fabricated evidence through demonstrations as well as information campaigns.

Given this divergence in understanding, it is worthwhile to ask not only who Aafia Siddiqui is, but what she has come to represent to everyday Pakistanis.

Born in Karachi, Siddiqui traveled to the United States in 1990 and enrolled at MIT as an undergraduate student in biology. While Siddiqui chose to don a headscarf and spread the message of Islam in area prisons, these behaviours are not enough to tie her to an extremist ideology. It is also important to note that her decision to travel halfway around the world as a single woman to study at one of the world’s most renowned institutions already complicates any simplistic Islamist explanations that might be traced over Siddiqui’s background.

The cognitive neuroscientist’s family dynamic makes an even worse case for making Siddiqui into the archetype of an ideal Muslim woman espoused by extremist Islam. Married at age 23 to Mohammad Amjad Khan, the couple had three children together before separating over what he claims to be over Siddiqui’s anger issues and paranoia in the wake of 9/11.

Divorce in itself is difficult enough, but bodes even worse for mothers who risk losing custody of their children in accordance with Islamic law. Despite her ex-husband’s appeals, Siddiqui was able to keep her three young children, and remarried in 2003. This marriage to Abd-Al Aziz Ali, (aka Ammar al-Balochi), the alleged Al-Qaeda operative nephew of Khaled Shaikh Mohammad who admitted to organizing 9/11 attacks after being water-boarded has been contested by Siddiqui’s family — perhaps to maintain public appeal of her position as a single mother.

Siddiqui has appeared to emerge from social scrutiny unscathed, depicted as a devoted mother. In a story where all is open to interpretation, she is seen not as a woman who knowingly endangered her children by taking them with her into Afghanistan, but a woman illegally ‘disappeared’ by American forces along with her children.

Even now, only two of her children, Ahmed and Maryam have been returned to Siddiqui’s mother’s Karachi home, the youngest, Suleiman, remains missing. Not to mention that Maryam was delivered there by an American soldier that has only since been identified as ‘Uncle John,’ a strange scenario that has not been addressed by US officials.

The curious case of Siddiqui’s children is only one facet of a tale in which competing claims run rampant. Many Pakistanis, including Imran Khan, the politician of cricket fame, contend that Siddiqui was detained by the US at Bagram Air Base in Afghanistan for a number of years, the alleged ‘Prisoner 650’. Siddiqui’s sister, Fauzia contends that Siddiqui was raped and tortured during this time. Such allegations have been refuted by American Ambassador to Pakistan Anne Patterson, who categorically denied detaining Siddiqui prior to her extradition in July 2008. Siddiqui’s lawyer, Elaine Whitfield Sharp claims the case is one of identity theft.

Whatever the case, the controversy has united the country as progressive student groups and factions of the Jamaat-i-Islami alike have demonstrated on Siddiqui’s behalf. The Pakistani Prime Minister called her the “daughter of a nation.”

Siddiqui has emerged as a symbol of Pakistan, embodying its unbridled reverence for western institutions and education paired with its commitment to global Islamic identity in which Muslim solidarity is of the the utmost importance. Siddiqui’s case has compelled some Pakistanis to look beyond social judgments to issues of social justice. Siddiqui’s personal story aside, the curious circumstances of her arrest and the gaping holes in the evidence withheld as classified has become a rallying point for anti-American sentiment in Pakistan. All this, while in America, the supposed terrorist hardly made headlines.

— Beenish Ahmed recently received an Mphil in Modern South Asian Studies while studying at the University of Cambridge as a Fulbright Scholar to the United Kingdom.