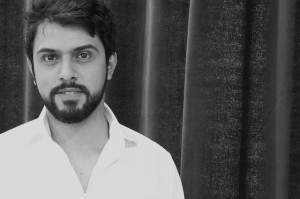 I interviewed Kuwaiti novelist Saud Alsanousi for the National. My earlier review of his novel “The Bamboo Stalk” is here.

Born in 1981, Kuwaiti writer Saud Alsanousi won the 2013 International Prize for Arabic Fiction (IPAF) for his novel “The Bamboo Stalk”. A warm and generous interlocutor, here he speaks about otherness, his ‘method-writing’ approach to characterisation, and his aversion to the ‘shock method’…

RYK: Why did you choose the half-Kuwaiti, half-Filipino Isa/Josè as your hero?

SA: Since my childhood I’ve been interested in the image of the other. The other was always seen negatively, whether he was a Westerner, an east Asian, or an Arab from beyond the Gulf. And in turn the West, the Asians, and the Arabs saw us as the other. Of course I rejected their negative image. At the same time I realised that some of it was true – we Kuwaitis had social problems, we were closed in upon ourselves, we didn’t know any culture except our own. We always think we’re right and the other is wrong, socially, religiously. Through reading and travel I discovered that the world was much bigger than us, that we weren’t the axis of the whole universe.

How could I approach the topic in writing? I thought a novel would be better than journalism, because a newspaper article is a brief phenomenon, whereas when a reader follows the life story of a character through a novel, day by day and page by page, he builds a relationship with that character, he really engages with him.

And why Josè specifically? Previous stories about ‘the other’ have focused on the West. We already know the West looks down on us, how Hollywood depicts us, and we’re used to it. Instead I wanted to concentrate on those some may consider our inferiors. I chose the lowest class, those who serve us in shops and hospitals. I wanted to imagine how they see us. Of course, the hero had to be half-Kuwaiti in order to gain intimate access to a Kuwaiti household. My first idea was to make him half-Indian, but the problem with that was that he wouldn’t look foreign enough. He could pass easily for a Kuwaiti. But Josè looks east Asian, and is judged by his appearance.

RYK: How did you set about building the character?

SA: I only talk for myself, but I found that research by reading and watching documentaries wasn’t nearly enough. It produced only cold information, and when I wrote the result looked like a tourism brochure.

So I travelled to the Philippines and lived in a simple house in a traditional village. I wore their clothes. I ate their food and I breathed their air. And I met a lot of expatriate workers in Kuwait, not just Filipinos, and listened to their problems.

I embodied the character. I’m not exaggerating when I say that when I came back home, from the moment I arrived in the airport, I wasn’t Saud Alsanousi but Josè Mendoza. I saw my own country through the eyes of a stranger. From May 2011 to May 2012, while I was writing, I continued to be Josè. I visited the places he would, I rode a bike like him, I tuned my satellite to the Filipino channels, even if I didn’t understand the language. And I surrounded my workspace with bamboo. I could only write the character by embodying it.

RYK: The novel’s themes are human, social, even spiritual. What is your aim in writing? Why do you write?

SA: Let me start with “The Bamboo Stalk.” We don’t know anything about the Filipino. We see him working in Starbucks – that’s it. We know nothing about his cultural and intellectual wealth, his history, his struggle against Spanish colonialism, nor about the social peace in his country despite the presence of three religions. It’s because we don’t know his background that we deal with him in this stereotypical and disrespectful way. And because we don’t know the other, we don’t know our own place in this world.

So I just wanted to write about someone who finds himself in this difficult situation, but when I became Josè Mendoza, half Muslim, half Filipino, with a Buddhist friend, I said to myself: ‘Saud, you are required to write about identity!’ I opened a door and then became implicated in this subject, between Arabic and Tagalog, between religions and cultures. At that point I realised it wouldn’t be a small book.

RYK: But speaking in general, why do you write?

SA: Whenever I’m asked I give a different response, and every response is true: I write because I don’t find anything to do but write; I write because I feel a responsibility; I write because there are people with a cause but without the means to communicate it, so I act as their voice, adopting their cause as my own.

But about a year ago I was reading an interview with [Egyptian writer] Radwa Ashour, and when she was asked she answered with complete simplicity: “I write because I love writing.” And that’s my answer too, the easiest way to answer the question.

RYK: The novel is certainly critical of Kuwaiti society, but it delivers its criticism in a gentle way. This means the reader is able to sympathise with the characters even when they’re behaving badly. Why did you choose this method?

SA: Some said I should have shocked the reader in order to make a change, that Josè was too gentle, that he should have fought for his rights. But no, I want the reader to read to the end, and it’s only towards the end that Josè is critical of Kuwait. I want the reader to love Josè, to laugh and cry with him, to reside in the same room. Why? Because if for 200 pages you’ve loved the hero, then you’ll accept some criticism from him.

Some writers use shock tactics, sometimes successfully, but shock isn’t the method of Saud al-Sanousi.

RYK: So how was the Kuwaiti response to the book?

SA: “The Bamboo Stalk” won the Kuwait State Appreciation and Encouragement Award, so this was a great recognition, and there was a great reception from my generation. Among the older generation, some thought the book was attacking our customs and traditions, despite the fact that Kuwait’s customs in the age before oil were more open than today, in terms of trade, travel and religion.

Some fear I’m washing our dirty laundry in public. Every day in our newspapers we read about the rape of a Filipina, or an attack on a worker. Those who worry about my book but not about the reality just don’t want people outside to know – and that’s a problematic attitude.

RYK: An outsider might think that this novel is representative of a change in Kuwaiti and Gulf society, a symbol of a new generation arriving. Is this true?

SA: It’s in my interest to say yes, but it isn’t really true. Others have criticised before me – the Kuwaiti theatre of the 1960s, for instance, which didn’t fear censorship, and which described the situation of Palestinians or foreigners in the country. I’m not the first. The only difference is that my novel won the IPAF. This made my novel known abroad.

It’s true we have more freedom of expression today, or greater access to the means of expression. And there is a new generation, but not enough of one. Often we remain closed in on ourselves. Even when we travel, we remain inside our own community. We don’t experiment enough.

RYK: There are Sufistic themes in the novel.

SA: This wasn’t my choice. Josè opened those doors.

took a short cut to God. He found God whether he entered the church, the mosque or the Buddhist temple. His father called the Muslim prayer in his right ear, he heard the church bell in the other, and incense from the temple filled his nostrils.

Mustafa Akkad directed the great film ‘The Message’, then was killed when Islamists blew up a hotel. It raises the question – who has the right to claim God as his own and condemn all others to hell? I found this question useful even before Josè arrived. Men of religion impose all kinds of restrictions. What I learnt in dialogue with Josè was that communication with God is far simpler than that.

RYK: Tell me about your last novel in Arabic, “Mama Hissa’s Mice”.

SA: In “The Bamboo Stalk” I wrote about our relation with the other; in “Mama Hissa’s Mice” I wrote about our relationship with ourselves, and specifically about the effect of wars and politics on social peace. During the 1979 Iranian Revolution both Shia and Sunni Kuwaitis held up pictures of Ayatollah Khomeini. Then during the Iran-Iraq war Khomeini was demonised while Saddam Hussain was idolised. After the Iraqi invasion of Kuwait, everything changed again. Before Arabism was everywhere; afterwards we became more American than the Americans.

How does this affect individuals? We’re a small country, but we’ve been through incredible changes.

RYK: And your next project?

SA: I want to take a rest from ‘committed’ writing. The new project is imaginative, containing elements of fantasy. It won’t take on any big issue.