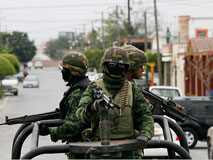 This article appeared at Toward Freedom.

The War on Drugs is becoming another “Dirty War” in Mexico, with the tactic of enforced disappearances reappearing as a commonplace occurrence in the country.

“Enforced disappearances in Mexico have happened in the past and continue to happen today,” the UN Working Group on Enforced or Involuntary Disappearances stated during a presentation of its findings in March.

The UN Group noted that during the country’s first “Dirty War”, which lasted from the late 1960’s to the early 1980’s, enforced disappearances was a systematic State practice used against students, indigenous peoples, peasants, activists and anyone suspected of being a critic or opponent of the government.

END_OF_DOCUMENT_TOKEN_TO_BE_REPLACED

Yale’s David Bromwich once again brings his extraordinary powers of observation to bear on the man whom he had once described as ‘The Establishment President’. Christopher Lydon’s Radio Open Source is a thinking man’s discussion forum, and Bromwich is always intellectually stimulating.

David Bromwich is locating our 2012 distress in our language — or lack of it. It is reunion season at Yale, 50 years after President Kennedy addressed my graduating class of 1962 with his tax cut speech and the famous crack about having “the best of both worlds — a Harvard education and a Yale degree.” Four months later, human civilization hung by a thread in the Cuban Missile Crisis. I am trying to count the watersheds crossed in American life.

David Bromwich, the Sterling Professor of English at Yale and for me by now an indispensable public commentator, confirms my sense that the country is starving for want of words. On the brink of post-imperial panic, we don’t know what to call this worse-than-recession, this Euro-charged breakdown of politics and finance. What we do know is that “we are the 99 percent” is the left’s most effective line since the 2008 meltdown, but that the right and the Tea Party have commandeered the public conversation with street language of salt and savor, with vehemence and conviction that the liberal-left seems to scorn.

END_OF_DOCUMENT_TOKEN_TO_BE_REPLACED

It has thrown students out of top-floor windows. It has shelled cities from the land and from the air. It has raped women and men and tortured children to death. Now with the massacres at Howleh and Qubair – in which Alawis from nearby villages, accompanied by the army, shelled, shot and stabbed entire families to death – the Syrian regime has escalated its strategy of sectarian provocation. Here Tony Badran explains very well the sick rationale behind these acts.

To a certain extent the regime’s plan has already worked. Now it seems inevitable that sectarian revenge attacks will intensify. In general, sectarian identification is being fortified in the atmosphere of violence created by the regime and added to by the necessary armed response to the regime. Sectarian hatred will deepen so long as the regime survives to play this card.

The regime wants us to understand the conflict in purely sectarian terms. Many Syrians recognise this and are resisting it. At this impossibly difficult time it’s good to remember the Alawi revolutionaries, who are heroes, and crucial to the revolution, heroic in the way Jewish anti-Zionists are heroic.

What do I mean by heroic? A disproportionate number of Alawis owe their livelihood to the regime. To fight for a post-regime future means to fight for a future in which their community will be, at best, less favoured than at present. This takes moral and political courage. Many Alawis have grown up surrounded not, as most Syrians have, by anti-regime mutterings, but by the happy version. To break with this version requires a psychological transformation, something as big as growing up. More concretely, there are family pressures – and family is so important in Syria. Very many Alawis are employed in the security forces. If your uncle is an officer in the mukhabarat, therefore, you don’t find it easy to publicly oppose the regime. It takes courage to do so, and the kind of confidence in your own judgment which will allow you to discount the arguments of your elders and authorities. Only a few people have such strength. (Of course it takes much more strength to live in a Sunni neighbourhood being beseiged and bombed, but this is a different kind of strength.)

END_OF_DOCUMENT_TOKEN_TO_BE_REPLACED

This is part one of a two party documentary about the history of imperial intervention, military and diplomatic, in Afghanistan. It is hosted by Rory Stewart, one of the very few western commentators who are knowledgeable about the region and have empathy for its people. I would also encourage viewers to read Stewart’s superb book The Places In Between. 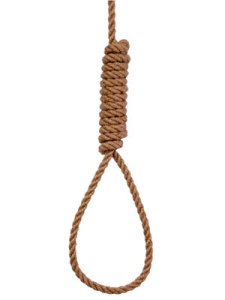 This piece was published at Left Business Observer.

Democrats and labor types are coming up with a lot of excuses for Scott Walker’s victory in Wisconsin. Not all are worthless. But the excuse-making impulse should be beaten down with heavy sticks.

Yes, money mattered. Enormous amounts of cash poured in, mainly from right-wing tycoons, to support Walker’s effort to snuff public employee unions. While these sorts of tycoons—outside the Wall Street/Fortune 500 establishment—have long been the funding base for right-wing politics, they seem to have grown in wealth, number, consciousness, and mobilization since their days funding the John Birch Society and the Goldwater movement in the 1950s and 1960s.

But lingering too long on the money explanation is too easy. Several issues must be stared down. One is the horrible mistake of channelling a popular uprising into electoral politics. As I wrote almost a year ago (Wisconsin: game over?):

It’s the same damn story over and over. The state AFL-CIO chooses litigation and electoral politics over popular action, which dissolves everything into mush. Meanwhile, the right is vicious, crafty, and uncompromising. Guess who wins that sort of confrontation?

END_OF_DOCUMENT_TOKEN_TO_BE_REPLACED

This is a real treat. Three of the world’s most inventive guitarists, Jimmy Page, The Edge, and Jack White, speak about their art with plenty of interesting archival footage thrown in.

END_OF_DOCUMENT_TOKEN_TO_BE_REPLACED

Pakistanis are understandably cynical about politics. But during my recent visit I was surprised to find people invigorated with a new found idealism which is enabling a break with politics as usual. At the centre of all these expectations is the person Imran Khan who has been riding on the crest of a human tsunami. In this episode of Al Jazeera’s People & Power, you get to witness some of this new found energy.

Once an international cricket star, Pakistan’s Imran Khan is now playing for a greater prize – to be his country’s next prime minister. But can he upset the political status quo? People & Power has hit the campaign trail to find out.

For more films on Syria see Homs: Journey into Hell; Inside the Secret Revolution; and Syria’s Torture Machine.