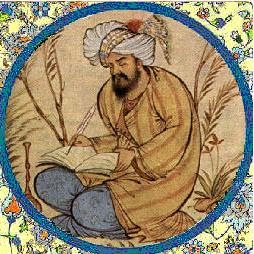 Sadeq Saba’s recent documentary “The Genius of Omar Khayyam” was awkward to watch at times but was saved by a subject matter that is interesting because of its own virtues. Saba seemed more like an inexperienced rider unable to rein in a vigorous and lively stallion but thinking that its virtues somehow rub off on him. There is no doubting his genuine interest and enthusiasm for the subject, but one is left wondering half an hour into his documentary whether his overall aim was simply to glorify Persian cultural achievements at the expense of Iran’s Muslim identity.

In one scene, where he discusses Khayyam’s poetry with a publisher, the familiar face of Iran’s former Shah peers out seditously from the wall behind him. The parts of the documentary focusing on Omar Khayyam’s mathematical and astronomical works were absolutely fascinating, but again Saba seems bewildered and the topic simply flies past his head. Another reason he may not have found this as interesting is the murky dividing line between his clean cut “Persian” civilization and the Islamic/Persian/Arab cosmopolitanism that Khayyam actually lived within.

At another point, it is quite telling to see one of the experts he interviews lament the one dimensional view of Khayyam as he is portrayed popularly, as a lover of wine and women. Yet the irony is lost on Saba when he begins and ends his documentary sitting in a wine cellar with a tasting glass beside him. Saba’s Khayyam has been appropriated into a Green Revolution style narrative, where the big bad bogeyman of orthodox religious authority is being challenged by the plucky original thinker and his defiance through hedonism; that Khayyam is telling his readers not to worry about some afterlife but to live joyously in the present – wine glass in hand and fair maiden close by. What Saba does not comprehend, and this I suspect because he selectively reads Khayyam, is that the Rubaiyat are not just about scorning an afterlife for the present – in fact even scorn is a harsh word.

END_OF_DOCUMENT_TOKEN_TO_BE_REPLACED

A tragedy for the Palestinians, an outrage for the world, and another slap in the face of the American president.

In Silwan, a Palestinian neighbourhood near Jerusalem’s Old City, Israeli settlers are increasingly encroaching on Palestinians’ land. Tension there are high after the Jerusalem municipality approved a controversial plan to demolish 22 Palestinian homes to make way for a park and shopping complex. The European Union has warned Israel over its plans to demolish dozens of Palestinian homes in occupied East Jerusalem. “Settlements and the demolition of homes are illegal under international law, constitute an obstacle to peace, and threaten to make a two-state solution impossible,” a statement issued by Catherine Ashton, the EU’s foreign policy chief, said.

Israel’s (fishy) acceptance into the OECD isn’t really a surprise, when you look into this Organization for Economic Co-operation and Development:

“Democracy” and “market economy” (aka “capitalism”) have long been Israel’s reiterated mantras, in an attempt to cosy up to other “developed” countries of the world, that use the same phrasing in order to back up their military or economic exploitation of “less developed” people within and without. In fact, this seems to be a very natural coupling.

END_OF_DOCUMENT_TOKEN_TO_BE_REPLACED

Israel’s botched raid against the Gaza-bound humanitarian flotilla on May 31 is the latest sign that Israel is on a disastrous course that it seems incapable of reversing. The attack also highlights the extent to which Israel has become a strategic liability for the United States. This situation is likely to get worse over time, which will cause major problems for Americans who have a deep attachment to the Jewish state.

The bungled assault on the Mavi Marmara, the lead ship in the flotilla, shows once again that Israel is addicted to using military force yet unable to do so effectively. One would think that the Israel Defense Forces (IDF) would improve over time from all the practice. Instead, it has become the gang that cannot shoot straight.

The IDF last scored a clear-cut victory in the Six Day War in 1967; the record since then is a litany of unsuccessful campaigns. The War of Attrition (1969-70) was at best a draw, and Israel fell victim to one of the great surprise attacks in military history in the October War of 1973. In 1982, the IDF invaded Lebanon and ended up in a protracted and bloody fight with Hezbollah. Eighteen years later, Israel conceded defeat and pulled out of the Lebanese quagmire. Israel tried to quell the First Intifada by force in the late 1980s, with Defense Minister Yitzhak Rabin telling his troops to break the bones of the Palestinian demonstrators. But that strategy failed and Israel was forced to join the Oslo Peace Process instead, which was another failed endeavor.

END_OF_DOCUMENT_TOKEN_TO_BE_REPLACED

At one point during the military coup in Honduras last year, a US representative to the Organization of American States (OAS) joked that Hondurans were living in a state of “magical realism”, a folkloric literary genre blurring reality and the surreal, often in the historical or political context of Latin America.

He wasn’t far off, despite the bizarre comparison: A democratically-elected president is overthrown by an elite conspiring against him, forced out of the country, the military takes over, the people revolt in massive opposition, while governments across the world refuse to recognize the new regime and withdraw their ambassadors. Only the United States, the most powerful of all countries, remains on the fence, then hops off onto the side of the golpistas (coup-makers) while presenting a straight face of diplomacy.

END_OF_DOCUMENT_TOKEN_TO_BE_REPLACED

Kathleen and Bill Christison’s Palestine in Pieces: Graphic Perspectives on the Israeli Occupation is a labor of love. Compellingly written and meticulously structured, this book combines historical fact with narrative accounts and photographic images of the everyday realities faced by Palestinians in the West Bank, Gaza and East Jerusalem in order to provide the reader with an experience-near understanding of what it means to live in a state of dispossession.

END_OF_DOCUMENT_TOKEN_TO_BE_REPLACED

The following letter was sent to The New York Times by Oliver Stone, Mark Weisbrot and Tariq Ali in response to a grossly distorted account of their new film ‘South of the Border‘ by Larry Rohter, a one time backer of the 2002 coup attempt.

1) Accusing the film of “misinformation,” Rohter writes that “A flight from Caracas to La Paz, Bolivia, flies mostly over the Amazon, not the Andes. . .” But the narration does not say that the flight is “mostly” over the Andes, just that it flies over the Andes, which is true. (Source: Google Earth).

2) Also in the category of “misinformation,” Rohter writes “the United States does not ‘import more oil from Venezuela than any other OPEC nation,’ a distinction that has belonged to Saudi Arabia during the period 2004-10.”

END_OF_DOCUMENT_TOKEN_TO_BE_REPLACED

Oliver Stone’s new documentary about Latin America’s leftward political shift and its growing independence from Washington is being lambasted by the media. This shouldn’t come as a surprise as Stone calls out the mainstream media in his new film South of the Border for its mostly one-sided, distorted coverage of the region’s political leaders—most significantly Venezuelan President Hugo Chávez.

In an interview with CBS about his new film Stone remarked about America’s obsession with empire, maintaining global hegemony, and the paranoia that accompanies such obsessions, saying, “We’re a sick country.”

And as if on cue, the mainstream media has published a flurry of attacks on the documentary, consequently supporting Stone’s arguments in the film about ideological biases and misinformation  tainting media coverage about the region, while revealing symptoms of this “sickness” he mentions, such as intellectual impotence, pathological lying, and ideological blindness.
END_OF_DOCUMENT_TOKEN_TO_BE_REPLACED

Palestinian refugees are living in miserable conditions across Lebanon due to many factors such as scarce financial resources. Shunned by many employers, not allowed to own property and facing discrimination, Palestinian refugees are reduced to a miserable existence in overcrowded and unsanitary camps. On Sunday, thousands are expected to march to highlight their plight.