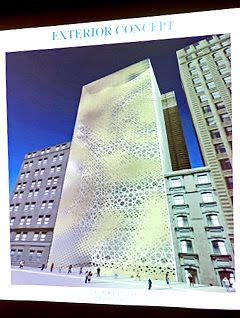 You are not terrorists. Your religion is not evil. Your project is not a monument to murder. But since some believe otherwise, I propose a compromise:

That is the message adopted by some liberals and their allies in the wake of smoldering conservative rage over the Cordoba proposal.

Nevada Senator Harry Reid, New York Governor David Patterson, former DNC chair Howard Dean, and New York Archbishop Timothy Dolan all echo the same theme: Muslims have the right to build a Muslim facility two blocks from Ground Zero—but they would be wrong to do so.

If the argument sounds familiar, that’s because it is. “No one is disputing that America stands for—and should stand for—religious tolerance,” Sarah Palin averred before assailing the proposal through her Facebook megaphone a month ago.

Of course, the official conservative position—“we are tolerant, just not here”—was always a transparent lie.

END_OF_DOCUMENT_TOKEN_TO_BE_REPLACED

Last Thursday and Friday (Aug. 26-27), police and military violently repressed public school teachers who have taken to the streets for almost 3 weeks to demand, among other things, that the Pepe Lobo regime return 4 billion lempiras – some 200 million dollars – that were taken from INPREMA, an institution that manages teachers’ pension funds, after the military-oligarchic coup against President Mel Zelaya on Jun. 28, 2009.

The 6 teachers’ unions that form the umbrella organization FOMH – representing 63,000 teachers nation-wide – believe that the funds taken from this institution were used to fund the military regime after the coup headed by Roberto Micheletti and General Romeo Vasquez Velasquez, which repressed and terrorized the pro-democracy movement critical of the coup and its perpetrators.

END_OF_DOCUMENT_TOKEN_TO_BE_REPLACED 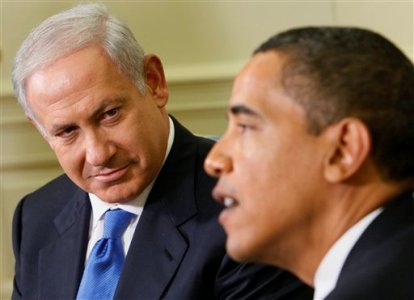 A prominent Israeli rabbi whose party shares power in the Netanyahu government called for the extermination of Arabs in a recent sermon.

The 89-year-old Ovadia Yosef urged God to strike “these Ishmaelites and Palestinians with a plague; these evil haters of Israel.” He then singled out the Palestinian leader of Fatah, exclaiming that “Abu Mazen and all these evil people should perish from this earth.” Yosef is the spiritual leader of the Shas Party, an ultra-Orthodox right-wing outfit that governs in concert with other parties, including Likud.

In response to the genocidal exhortation, Netanyahu issued a mild non-rebuke; his office meekly offered that the rabbi’s ravings “do not reflect” the views of the prime minister or the government. The lukewarm criticism is not surprising, since Netanyahu may harbor genocidal views of his own.

END_OF_DOCUMENT_TOKEN_TO_BE_REPLACED

Alexander Cockburn’s comments about the left’s inability to acknowledge US defeat in Iraq and the bogus ‘war for oil’ thesis are perceptive. But in Tariq Ali and Seumas Milne he has chosen the wrong avatars for this odd belief in the empire’s invincibility. Tariq is a good friend and I have had this conversation with him several times. I know for a fact that he rejects the reductionist ‘war for oil’ argument. (He made his position clear in the Q&A after his recent London Review of Books lecture.) Milne sometimes hews to the establishment left line, but has shown far more independence and courage than some other left luminaries. I’d rather Cockburn had directed his criticism at Noam Chomsky, whose defective and predictable analysis of the Middle East continues to mislead many.

“The US isn’t withdrawing from Iraq at all – it’s rebranding the occupation… What is abundantly clear is that the US , whose embassy in Baghdad is now the size of Vatican City , has no intention of letting go of Iraq any time soon.” So declared Seumas Milne of The Guardian on August 4.

Milne is not alone among writers on the left arguing that  even though most Americans think it’s all over,  They say that Uncle Sam still effectively occupies Iraq, still rules the roost there.   They gesture at  50,000 US troops in 94 military bases, “advising” and training the Iraqi army, “providing security” and carrying out “counter-terrorism” missions.  Outside US government forces there is what Jeremy Scahill calls the “coming surge” of contractors in Iraq , swelling up from the present 100,000.  Hillary Clinton wants to increase the number of military contractors working for the state department alone from 2,700 to 7,000.  Of these contractors 11,000 are armed mercenaries, mostly “third country nationals, typically from the developing world.  “The advantage of an outsourced occupation,” Milne writes, “ is clearly that someone other than US soldiers can do the dying to maintain control of Iraq.

END_OF_DOCUMENT_TOKEN_TO_BE_REPLACED 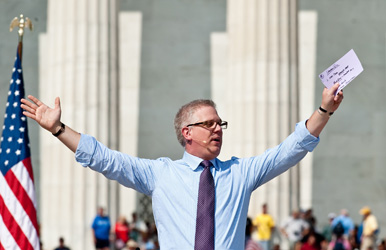 About halfway through Saturday’s “Restoring Honor” rally on the DC mall, I realized that I was starting to like Glenn Beck.

Before any friends of mine initiate involuntary commitment proceedings, let me explain. It’s not that I really liked Beck, but more that I experienced his likeability. Whether or not he’s sincere, I came to admire his ability to project sincerity and to create coherence out of his incoherent rambling about religion, race, and redemption.

As a result, I’m more afraid for our political future than ever.

First, to be clear: Beck is the embodiment of everything I dislike about the U.S. politics and contemporary culture. As a left/feminist with anti-capitalist and anti-empire politics, I disagree with most every policy position he takes. As a journalist and professor who values intellectual standards for political discourse, I find his willful ignorance and skillful deceit to be unconscionable.

So, I’m not looking for a charismatic leader to follow and I haven’t been seduced by Beck’s televisual charm, nor have I given up on radical politics. Instead, I’m trying to understand what happened when I sat down at my computer on Saturday morning and plugged into the live stream of the event. Expecting to see just another right-wing base-building extravaganza that would speak to a narrow audience, I planned to watch for a few minutes before getting onto other projects. I stayed glued to my chair for the three-hour event.

END_OF_DOCUMENT_TOKEN_TO_BE_REPLACED

A disaster of biblical scope: the floods triggered by heavy monsoon rains a month ago have affected more than 17.2 million people and killed over 1,500, according to Pakistan’s disaster management body. August is the monsoon season in Pakistan. This year a hard rain keeps falling, which is why the floodwaters are not abating. Nearly two thousand deaths and over 20 million people are homeless. The man-made disasters – war in Afghanistan, its spillage into Pakistan – are bad enough. Now the country faces its worst ever natural disaster. Most governments would find it difficult to cope, but the current regime is virtually paralyzed.

Over the last sixty years, the ruling elite in the country has never been able to construct a social infrastructure for its people. This is a structural defect that goes deep and affects the bulk of the population adversely. Today the country’s rulers eagerly follow the neoliberal dictates of the IMF, to keep the loans flowing. Not helpful at the best of times they are useless when the country is undergoing its worst humanitarian crisis of recent decades.

END_OF_DOCUMENT_TOKEN_TO_BE_REPLACED

Almost 50 years ago, Frantz Fanon raced against death to finish his famous indictment of colonialism, The Wretched of the Earth. In that book, he wrote:

“Western bourgeois racial prejudice as regards the nigger and the Arab is a racism of contempt; it is a racism which minimizes what it hates.”

But there was a twist.

The ideology of Western prejudice, Fanon observed, “manages to appear logical in its own eyes by inviting the sub-men to become human, and to take as their prototype Western humanity…”

Today this ideology is once again attracting robust defenders, as conservatives and some liberals arrogate the right to judge which Muslims are worthy of their good graces.

Christopher Hitchens, for one, has recently declaimed that Imam Feisal Rauf of the embattled Cordoba House fails to make the grade. Hitchens mutters that as far as Muslims go, Rauf is “no great bargain.” The more Hitchens learns about him, the more “alarmed” he becomes.