Aasif Mandvi of The Daily Show is brilliant. 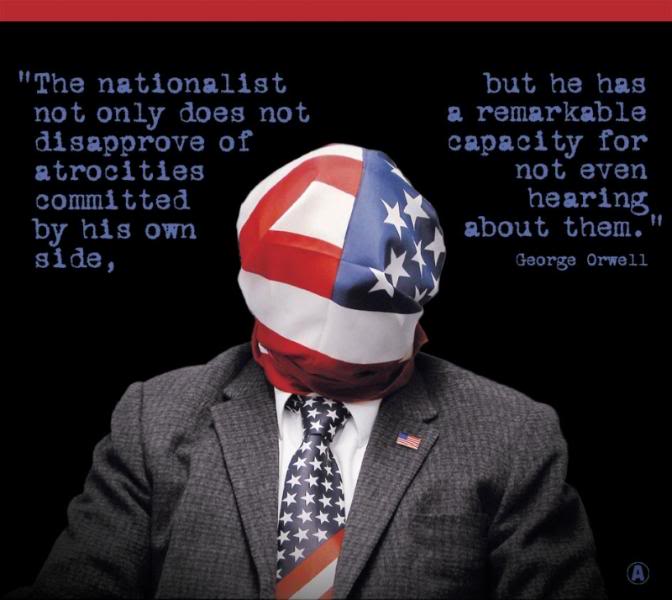 In their spirited assault on Islam, conservatives have seized upon one notion with particular delight: the Abrahamic faith embraced by a quarter of humanity is a “cult.”

Tennessee Lt. Gov. Ron Ramsey popularized the claim in July when a constituent asked about the “threat that’s invading our country from Muslims”; Ramsey wondered aloud whether Islam “is actually a religion or is it a nationality, way of life or cult” and later asserted that “far too much of Islam has come to resemble a violent political philosophy more than peace-loving religion.” Soon after, some of Ramsey’s constituents set ablaze a planned mosque site near Nashville and fired shots when parishioners tried to inspect the damage.

Farther south, in Florida, Pastor Terry Jones proclaimed that Islam is not just a cult but a Satanic creation — hence his planned bonfire of Qur’ans. He is not alone among Floridians. Congressional candidate and retired Army officer Allen West announced earlier this year that Islam is “not a religion” but a “vicious enemy” intent on “infiltrating” America. Another candidate in the sunshine state, Ron McNeil, described Islam as a malicious plot to “destroy our way of life.”

And in upstate New York this August, teenagers who viewed the local mosque as a “cult house” terrorized mosque-goers by blasting a shotgun and sideswiping a parishioner.

What accounts for this renewed alacrity in attacking Islam?

END_OF_DOCUMENT_TOKEN_TO_BE_REPLACED

Almost 50 years ago, Frantz Fanon raced against death to finish his famous indictment of colonialism, The Wretched of the Earth. In that book, he wrote:

“Western bourgeois racial prejudice as regards the nigger and the Arab is a racism of contempt; it is a racism which minimizes what it hates.”

But there was a twist.

The ideology of Western prejudice, Fanon observed, “manages to appear logical in its own eyes by inviting the sub-men to become human, and to take as their prototype Western humanity…”

Today this ideology is once again attracting robust defenders, as conservatives and some liberals arrogate the right to judge which Muslims are worthy of their good graces.

Christopher Hitchens, for one, has recently declaimed that Imam Feisal Rauf of the embattled Cordoba House fails to make the grade. Hitchens mutters that as far as Muslims go, Rauf is “no great bargain.” The more Hitchens learns about him, the more “alarmed” he becomes.

END_OF_DOCUMENT_TOKEN_TO_BE_REPLACED

There are things that for a long time remain unsaid, but once they are spoken, one never ceases to repeat them.

How true this is of so many of the things we keep inside for a time. Think, for example, of how an argument with a loved one often reveals the things that we have felt, but carefully hidden from them. Once spoken, those words repeat themselves with a frequency that suggests that we are seeking vengeance for the time they spent in silence.

The same is true of our secret prejudices, which often remain unsaid until the moment ‘feels right’ or circumstances seemingly produce the ‘necessity’ for their articulation.

It appears that circumstances today have produced a space in which articulating anti-Islamic sentiment both ‘feels right’ and ‘necessary’. It is an environment marked by series of events invoked as evidence in the ever-growing case against Islam.