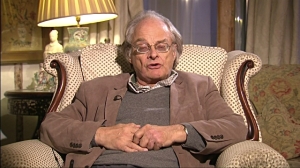 This is hardly surprising, given the anti-Muslim prejudice so pervasive on the right. What is surprising is to find people on the left trafficking in the sectarian narrative. Take the case of Patrick Cockburn, the influential Middle East reporter for The Independent. Cockburn has consistently framed the Syrian conflict in sectarian terms — using language like “sectarian blood-letting” and “demons” — and even criticized others for downplaying sectarianism. He did this from very early on, seeing sectarianism as immanent even during the nonviolent popular demonstrations of 2011, which were notably devoid of sectarian slogans and involved Syrians of multiple religious backgrounds/identities. The Syrian conflict became sectarian, but it didn’t start that way and, contra Cockburn, its sectarianization was by no means inevitable. In his chapter in our book, the anthropologist Paulo Gabriel Hilu Pinto demonstrates how the Assad regime pursued a deliberate strategy of sectarianizing the conflict through the use of sectarian pro-regime militias and the “selective distribution of violence” to punish specific sub-groups of protesters; and by releasing various jihadis from Syria’s prisons, to poison the well and produce a “preferred enemy”. END_OF_DOCUMENT_TOKEN_TO_BE_REPLACED 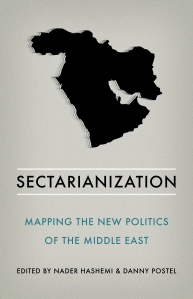 Nader Hashemi and I recently gave the following interview to Jadaliyya about our new co-edited book Sectarianization: Mapping the New Politics of the Middle East, followed by an excerpt from our co-authored introduction to the volume.

Jadaliyya (J): What made you write this book?

Danny Postel and Nader Hashemi (DP and NH): Over the last several years, a narrative has taken root in Western media and policy circles that attributes the turmoil and violence engulfing the Middle East to supposedly ancient sectarian hatreds. “Sectarianism” has become a catchall explanation for virtually all of the region’s problems. Thomas Friedman, for instance, claims that in Yemen today “the main issue is the seventh century struggle over who is the rightful heir to the Prophet Muhammad — Shiites or Sunnis.” Barack Obama has been one the biggest proponents of this thesis. On several occasions, he has invoked “ancient sectarian differences” to explain the turmoil in the region. In his final State of the Union address, he asserted that the issues plaguing the Middle East today are “rooted in conflicts that date back millennia.” A more vulgar version of this view prevails among right-wing commentators. But in one form or another, this new sectarian essentialism, which is lazy and convenient — and deeply Orientalist — has become the new conventional wisdom in the West.

Our book forcefully challenges this narrative and offers an alternative set of explanations for the rise in sectarian conflict in the Middle East in recent years. END_OF_DOCUMENT_TOKEN_TO_BE_REPLACED 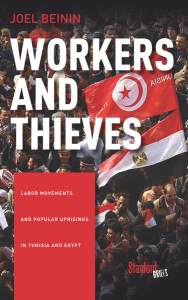 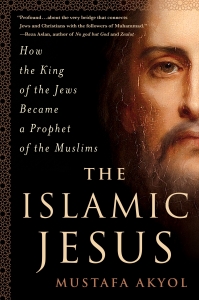 END_OF_DOCUMENT_TOKEN_TO_BE_REPLACED

Earlier this month I had the opportunity to interview two of the leading Syria experts in the world, Steven Heydemann and Joshua Landis, about the “big picture” of the Syrian conflict and the wider crisis engulfing the Middle East today, as part of the CMES Conversations series produced by the Center for Middle East Studies at the University of Denver. Landis, while best known as a blogger and commentator on Syria, is an historian. Heydemann is a political scientist who has written an influential study of Syrian politics covering the years 1946-1970.

The two interviews offer contrasting perspectives, but both take us several steps back from the news cycle and place the events unfolding in the region today in a wider historical, comparative and global lens. This was the focus of the forum that brought them to Denver, “Sectarianization: ISIS, the Syrian Conflict & the Future of the Middle East”. Sectarianization will be a central focus of our  in the coming months, and is the theme of the book my colleague Nader Hashemi and I are currently co-editing (our last book being The Syria Dilemma).

Steven Heydemann is Vice President of Applied Research on Conflict at the United States Institute of Peace (USIP). He’s the author of Authoritarianism in Syria: Institutions and Social Conflict, 1946-1970, the editor of War, Institutions and Social Change in the Middle East and co-editor of Middle East Authoritarianisms: Governance, Contestation, and Regime Resilience in Syria and Iran.

Our interview revolves largely around Heydemann’s far-reaching report “Syria’s Uprising: sectarianism, regionalisation, and state order in the Levant”, published by the European think tank FRIDE. Have a look:

Joshua Landis is Associate Professor in the College of International Studies at the University of Oklahoma, where he is also Director of the Center for Middle East Studies. Widely regarded as one of the leading Syria experts in the world, he is the former President of the Syrian Studies Association. He writes and edits the widely-read blog Syria Comment.

Our interview revolves principally around two of his recent articles: “The Great Sorting Out: Ethnicity & the Future of the Levant” and “Why Syria is the Gordian knot of Obama’s anti-ISIL campaign”. Have a look:

I make some brief contributions to this Channel 4 News film on the apocalyptic resonances for both Muslims and Christians (some at least) of watching Damascus burn. I wish there’d been time to make the more important point: religion and myth add resonance to fighting and dying, but as in Northern Ireland or Palestine-Israel, the religious vocabulary is only a glittering sideshow to the real power dynamic. Al-Qa’ida franchises would be in Syria whether or not the Messiah were due to descend on a minaret of the Umawi mosque: because they turn up wherever there’s an opportunity, and Syria’s geographical and political centrality to the Arab-Muslim world is enough. In any case, such militias compose less than twenty percent of anti-Assad forces. Their influence has been vastly overblown, both by the right and by a left which embraces the very War on Terror discourse (terrorists, al-Qa’ida conspiracies) it resisted so loudly when used by Blair and Bush. The West doesn’t see a genocide, still less a living, breathing revolution, but only an even-matched war between Alawi-secularists and radical Salafists. It seems too late to change this fantastic illusion. The story seems set in the western mind. Just as Assad wants it.

This film was great fun to make, and it provides an interesting look at an interesting subject. But I worry about its context in the news bulletin. It necessarily highlighted the mad jihadist aspect, and it was followed by an interview with a neo-conservative on the dangers of radical Islamism. The problem as framed by the broadcast was clear: apocalyptic-minded Muslims were the problem. But the clear and present danger in Syria is the regime, the regime which is generating the trauma and  extremism, the regime which is committing genocide. Once again that was lost. And we in general are lost, paddling about in superstructure, paying no attention to the base. 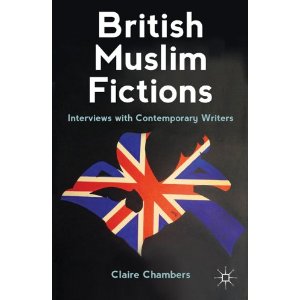 What does it mean to be a writer of Muslim heritage in the UK today? Is there such a thing as ‘Muslim fiction’? If so, is it cultural background or belief that makes writing (or identity) Muslim?

My book, British Muslim Fictions: Interviews with Contemporary Writers (Basingstoke: Palgrave Macmillan, 2011), is the first in a two-part book project, which seeks answers to these complex questions. It is a collection of conversations with writers who live or work in Britain and have an intimate relationship with Islam, whether they are religious, cultural, or even – paradoxically – atheist Muslims, and whether South Asian, Arab, African, or European.

Over thirteen interviews, I talked to Anglophone writers including Aamer Hussein, Fadia Faqir, Hanif Kureishi, Leila Aboulela, Abdulrazak Gurnah, and PULSE’s own Robin Yassin-Kassab. This is a group of writers who are highly diverse but, like a loosely connected and often discordant family, they have much in common, through their connections both to Islam and the United Kingdom. As well as discussing their literary techniques and the impact that their Muslim heritage has had on them, I became increasingly persuaded that this body of writing shares certain preoccupations (relating to gender, class, the war on terror, al-Andalus, the Rushdie Affair, and a cosmopolitan outlook), and is some of the most important and politically engaged fiction of recent years.

As you can tell from my name, I am not from a Muslim background myself, although I was fortunate enough to grow up in Leeds in West Yorkshire, surrounded by many South Asian Muslim friends. As clichéd as it may sound, my worldview has also been crucially shaped by my gap year, 1993-94, which I spent teaching English in Peshawar, Pakistan, at the age of eighteen. I went on to specialize in South Asian literature in English as a postgraduate student, and continue to fuel my interest by return visits to the Indian subcontinent and by working with diasporic communities.

END_OF_DOCUMENT_TOKEN_TO_BE_REPLACED

It’s always dangerous to declare generalised love for a movement or school of thought – including Sufism, because Sufism can be subdivided into spirit and tradition, into various orders and popular customs, into the sober and the drunk, the vocal and the silent, the revolutionary and the tame. Still, I’ll say I love it for its symbolic, illogical, individualist challenge to literalism and the obsession with rules, and because it smiles, and for its openness and tolerance, and its music and poetry; because, as Adonis says: “Sufism has laid the foundations for a form of writing that is based upon subjective experience in a culture that is generally based on established religious knowledge.”