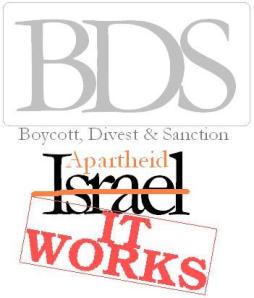 What follows is an open letter in response to the International Geographical Union’s (IGU) refusal to relocate its July 12 – 16, 2010 regional conference outside of Tel Aviv in support of the internationally supported Boycott, Divestment and Sanctions campaign aimed at Israel.  The IGU was initially confronted by the Palestinian Campaign for the Academic and Cultural Boycott of Israel in November 2009.  This letter was printed on the US Campaign for the Academic & Cultural Boycott of Israel’s website today.

Geographers and other academics can sign the letter here.

As geographers, faculty, students, and people of conscience, we are profoundly dismayed by IGU’s decision to hold its July 2010 regional conference in Tel Aviv, in violation of the widely endorsed Palestinian civil society call for Boycott, Divestments, and Sanctions (BDS) against Israel. We are equally troubled by IGU’s response [1] to the open letter issued by the Palestinian Campaign for the Academic and Cultural Boycott of Israel (PACBI), which urged the Executive Committee to relocate the upcoming regional conference out of Israel [2].

PACBI’s letter was a compelling reminder that Israel’s academic establishment (and geography in particular) is implicitly and explicitly complicit with the Israeli state’s colonial, discriminatory, and oppressive policies towards Palestinians. As important social institutions they advance, sustain, and provide the intellectual and moral justification for Israeli actions against Palestinian people and their representatives both within Israel and in the occupied Palestinian territories. It is noteworthy that “no Israeli university or academic union has ever taken a public position against the occupation, let alone against Israel‘s system of apartheid or the denial of Palestinian refugee rights.”[3] PACBI underlines the prevailing, and deeply disturbing role of Israeli Universities in developing the very weapons and military doctrines used against Palestinians. Moreover, they highlight the tragic irony of geographers holding a conference about “Bridging Diversity in a Globalizing World” in a country built on urban destruction and gradual ethnic cleansing, a state which defines itself as an exclusively Jewish state, not a state of all its citizens, one that continues to violate human rights with total impunity and stands accused of war crimes for its latest offensive in Gaza [4].

The IGU Executive’s response claims that they are “morally and possibly financially bound to honor the commitment the IGU made to its colleagues in Israel” in 2000. Pragmatic impediments to relocate such an event are understandable yet solvable. It is however far less clear what the executive means by the ‘moral’ standard that binds them to ignore the widespread international outcry against Israel’s longstanding mistreatment of the Palestinian people as well as the open calls for support by Palestinians in their quest for basic justice. Against these concrete ethical imperatives the Executive Committee invokes its statutes, which proscribe boycotts, along with the guidelines of ICSU (International Council for Science) on the free circulation of scientists. Yet, we know that statutes are open to amendment in the face of critical circumstances and geographers have, over the last five decades, debunked positivist reductionism and struggled successfully to free our discipline from the false ‘objectivity’ of traditional science. The fact of Israel’s colonial and apartheid system, the oppression of the Palestinian people, including the denial of their inalienable rights, the irrational violence against and enclosure of the people of Gaza along with widespread international condemnation are ample and pressing reasons for cancelling or relocating the Tel Aviv conference.

The IGU Executive says they are concerned that the Boycott forecloses the possibility of debate and feel “the most effective way to resolve policy and political differences allegedly justified by science is through direct and open confrontation of the conflicting ideas and their proponents”. These arguments are based on three crucial misconceptions. First, the assumption that the relationship between Israel and Palestine is a symmetrical one ignores the overwhelming economic, social, military and political power of Israel relative to the poverty-stricken, war-ravaged state of the Palestinian people, their state and its institutions. A historical colonizer-colonized relationship along with the constant threat of military assault robs Palestinians of their basic livelihoods let alone the privilege and right to disagree politically or otherwise. Secondly, the intimation that the Israeli-Palestinian question is about “policy and political differences” and therefore not the concern of geographers since politics and science are two pure and separate spheres is an anachronistic vision of the discipline, and an insult to the very many geographers around the world whose work does not adhere to that simple binary and is ethical, policy-oriented and/ or politically engaged. And thirdly, the suggestion that Boycotts are not effective or legitimate is decisively invalidated by the example of South African anti-apartheid movement, which shows it to be among the most useful and least violent tactics in resisting oppression and injustice at an international level. A rising tide of International support for the Palestinian boycott, divestment and sanctions campaign calls on us to take a similar stance in the case of Israel.

To date all other forms of international intervention have failed to convince or force Israel to comply with international law and to end its repression of the Palestinians. As educators and intellectuals we must take exception to the impunity with which Israel has targeted Palestinian educational rights. Since its establishment Israel’s policies have been aimed at the destruction of Palestinian historical manuscripts, journals and books [5], suppression of academic freedom and closure of Palestinian universities [6], mobility restrictions on staff and students [7], destruction of educational infrastructure [8], systematic discrimination against Palestinian students [9], as well as arrest and deportation of local academic and international staff [10]. The latest example of these policies in our field is the travel ban imposed by Israel on geographer Khalil Tafakji, Director of the Cartographic Section of the Arab Studies Society in Jerusalem, and regular lecturer in international forums about Israel discrimination and ethnic cleansing policies in East Jerusalem [11].

In light of the above, and in the tradition of engaged geographical scholars such as the well-respected late James M. Blaut whose intellectual efforts were guided by solidarity with oppressed people including the Palestinian people and South African anti-apartheid groups, we the undersigned, believe that it is our moral responsibility as scholars, intellectuals and activists to talk truth to power against injustice. In this spirit of international solidarity and resistance to oppression we stand in support of Palestinians’ non-violent anti-colonial struggle through a public campaign of boycott divestments and sanctions.

Historically, geography as a science was established and consolidated in direct service of European imperial and colonial expansion. The discipline’s critical turn in the latter 20th century has worked to expose and repudiate this history and its militaristic and colonial tradition. It is in this spirit that we, the undersigned, collectively petition the IGU Executive Committee to take immediate steps to relocate the July 12 – 16, 2010 regional conference outside Israel. Given the circumstances if the conference goes ahead inside Israel we will not attend or otherwise participate in any manner. We urge you to act promptly and ethically in this matter.

One thought on “BDS: Calling all Geographers”