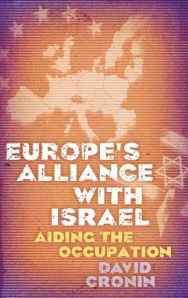 One of the most enjoyable things that has happened since I wrote a book on Israel’s relations with Europe is that I have been asked to speak at various universities. So when an invitation appeared in my email inbox to visit King’s College London (KCL), I immediately accepted. Big mistake.

The request came from the International Center for the Study of Radicalisation (ICSR), a partnership between King’s College and the Interdisciplinary Center (IDC) in Herzliya, Israel. I only became aware of the partnership one day before I was scheduled to address an ICSR seminar in January. Following a hasty consultation with some friends in the Palestine solidarity movement, I withdrew from the event, informing the organisers that I fully supported the campaign to boycott Israeli goods and institutions.

Set up in 2008, the ICSR boasts on its website that it is “the first initiative of this kind in which Arab and Israeli academic institutions can work together”. This appears to be a reference to how the Jordan Institute of Diplomacy is also involved in its research on political violence. However, the participation of an academic body from an Arab state does not exonerate the ICSR for embracing the Herzliya centre, which has long tried to cloak Israeli apartheid with intellectual gravitas.

Each year the IDC hosts the Herzliya security conference, attracting Israel’s political, military and business elite, as well as illustrious foreign guests. Speakers at this conference can spout racist invective without fear of being challenged; in 2003, Yitzhak Ravid, a senior researcher with Israel’s weapons development authority Rafael called for coercive measures to curb the birth-rate among Palestinians. “The delivery rooms in Soroka Hospital in Be’ersheba have turned into a factory for the production of a backward population,” he said, alluding to an area with a considerable number of Bedouin inhabitants.

Furthermore, the IDC expresses pride in its links with the Israeli army, despite that armys role in enforcing the occupation of Palestine. Representatives of Israel’s most profitable arms manufacturers frequently sit on the IDCs management committee, while 10% of its student places are reserved for veterans of elite combat units in the Israeli army.

John Bew, director of the ICSR, told me there is no “financial relationship between ourselves and Herzilya”. He added: “You will see that we also have contacts with universities across the world, including Jordan. This is not an expression of support for any political position on any state – Israel, Pakistan, India, wherever. It is part of our belief that academic institutions should be a source of dialogue and discussion and the first port of call for discussion between divided peoples. Having grown up in Belfast, I am personally committed to that sort of dialogue. I don’t think demonising or boycotting one side or another has any constructive impact.”

Bew’s comments are disingenuous.  Although he is opposed to a boycott of Israel, he is happy to put his name to pamphlets defending the boycott of Hamas by western governments.  In a 2008 paper he wrote with fellow scholar Martyn Frampton,  Bew urged the West to be wary of negotiating with Hamas, lest that doing so would “strengthen its position against more moderate alternatives”. In his writing, he habitually labels Hamas  as ‘terrorist’, without applying that term to the state of Israel, a far more prolific killer of civilians than Hamas.  Moreover, he appears reluctant to learn from the situation in his native Belfast, where a peace settlement could only be achieved after the British government agreed to hold talks with Irish Republicans.

Bew’s flawed analysis chimes with the stance from chief administrators in King’s College. In November 2008, KCL awarded an honorary doctorate to the Israeli president  Shimon Peres, an inveterate warmonger (his status as a Nobel Peace laureate notwithstanding). The award sparked protests from student activists sympathetic to the Palestinian cause.

Along with his post with the ICSR, Bew is listed as a vice-president of the Henry Jackson Society, a ‘think-tank’ that defends America’s imperial machinations. The society’s founding principles commit it to advocating that the US and Britain maintain “a strong military with global expeditionary outreach”.

A Palestine solidarity campaigner studying in KCL, who asked not to be named, said: “The idea that the International Center for the Study of Radicalisation is there to combat radicalisation is quite absurd. If it wanted to follow the Northern Ireland model [to conflict resolution], it wouldn’t be covertly pressing to exclude Hamas from the so-called peace process.”

The case for an academic boycott of Israel was bolstered by a 2009 paper from the Alternative Information Center (AIC), a group combining Israeli and Palestinian researchers and activists.  “All major Israeli academic institutions, certainly the ones with the strongest international connections, were found to provide unquestionable support to Israel’s occupation,” that paper stated. Such support ranged from how the Technion in Haifa developed a remote-controlled bulldozer for the demolition of Palestinian homes to how Tel Aviv University has welcomed arms manufacturers to symposia on robotics and electro-optics.

Uri Yacobi Keller, an author of the AIC paper, said the Palestine solidarity movement is not seeking that European academics to cease talking to their Israeli counterparts. Rather, the movement is urging a boycott of Israeli universities as institutions and that the flow of finance to them be cut off until they sever their links with the occupation. “This would make Israeli universities understand that these [international] contacts are in danger if they continue to cooperate with the Israeli security establishment and the settlement project [in the occupied Palestinian territories],” he said.

Academic cooperation between Europe and Israel has been encouraged by governments on both sides.  In July 2008, the Britain-Israel Research and Academic Exchange Partnership (BIRAX) was launched by the two prime ministers then in office, Gordon Brown and Ehud Olmert.  This £1 million ($1.6 million) scheme, which involves the allocation of grants to science researchers, is mainly funded by the Pears Foundation, which presents itself as a philanthropic body. All of the Israeli universities taking part have links to the Israeli military, according to the aforementioned AIC paper.

Mike Cushman from the British Committee for the Universities of Palestine (BRICUP), which has called for an academic boycott of Israel, noted that some of the activities sponsored by BIRAX exclude Palestinian institutes. “BIRAX funds research on the Dead Sea ecology without the involvement of Palestinian universities but the Dead Sea is a vital resource for Palestinians,” he said.

“Israeli universities develop the arms and control technologies that directly support the occupation of the West Bank and the blockade of Gaza,” Cushman added. “Their alumni magazines proudly boast of their links with the Israeli military and security services. Israelis who have done military service get privileged entry into universities: one of a number of ways the universities directly and indirectly discriminate against Palestinian citizens of Israel.”

The European Commission, meanwhile, is a major provider of grants to Israeli universities and to private Israeli firms, including weapons manufacturers. Israel is the main foreign participant in the European Union’s multi-annual ‘framework programme’ for scientific research, which has an overall budget of 53 billion ($73.5 billion) between 2007 and 2013. Israel is taking part in 800 EU-financed research projects, worth a total of 4.3 billion. Israeli officials have told me that they hope they will have directly drawn down more than 500 million worth of science grants by the time the EU’s programme concludes in 2013.

Cordis, a searchable database on the EU programme (www.cordis.lu), is a useful resource for activists wishing to find concrete cases of European universities linked to Israeli institutions and the private sector. When I gave a talk in Ireland’s University of Limerick towards the end of last year, a member of staff told me she was shocked to discover the extent of its cooperation with Israel. By checking Cordis, I found five examples linking Limerick to Israel; several of the beneficiaries are profiting directly from the occupation of Palestine. Among these projects was one with the unwieldy title Innovative and Novel First Responders Applications (INFRA), which aims to develop communications services in tunnels and other locations where mobile phones prove unreliable. Athena GS3, a company founded by Shabtai Shavit, a former head of the Israeli secret service Mossad, is involved in this project; the firm belongs to the Mer Group, which provides surveillance equipment to illegal settlements in East Jerusalem and to military bases and checkpoints in the wider West Bank. Another Israeli beneficiary of this project is Opgal, a maker of infrared cameras. Opgal is partly owned by Elbit, a leading supplier of warplanes to the Israeli air force.

Contrary to Israel’s claims that it is the only democracy in the Middle East, its university authorities are actively seeking to quell dissent. After Israel attacked the Gaza Freedom Flotilla, killing nine activists, in May 2010, Haifa University banned its students from protesting. Ben Gurion University of the Negev has also begun disciplinary proceedings against students who demonstrated against the flotilla massacre and for improved conditions for workers hired to clean the campus.

With deep cuts imposed on education spending in many countries, it is understandable that student unions and academics are preoccupied with domestic economic issues at the moment. But those cuts are being taken as part of a greater ideological effort to make universities more subservient to the private sector and restrict third-level education to people from wealthy families.  Cooperation with Israeli universities needs to be viewed in that context.

Indeed, Israel’s experience should be a wake-up call for everyone concerned about social justice. Whereas most industrialised countries spend around $8,000 on each student attending school or university per year, Israel spends $6,000. By contrast, Israel devotes 8% of its gross domestic product to military expenditure, almost six times the average for industrialised countries.

Israel’s political elite is clearly more concerned with prime-pumping its arms industry and tightening its grip on Palestinian land than in ensuring that education helps people realise their potential. That is one of many reasons why an academic boycott of Israel is so vital.

2 thoughts on “How Europe’s universities aid the Israeli occupation”