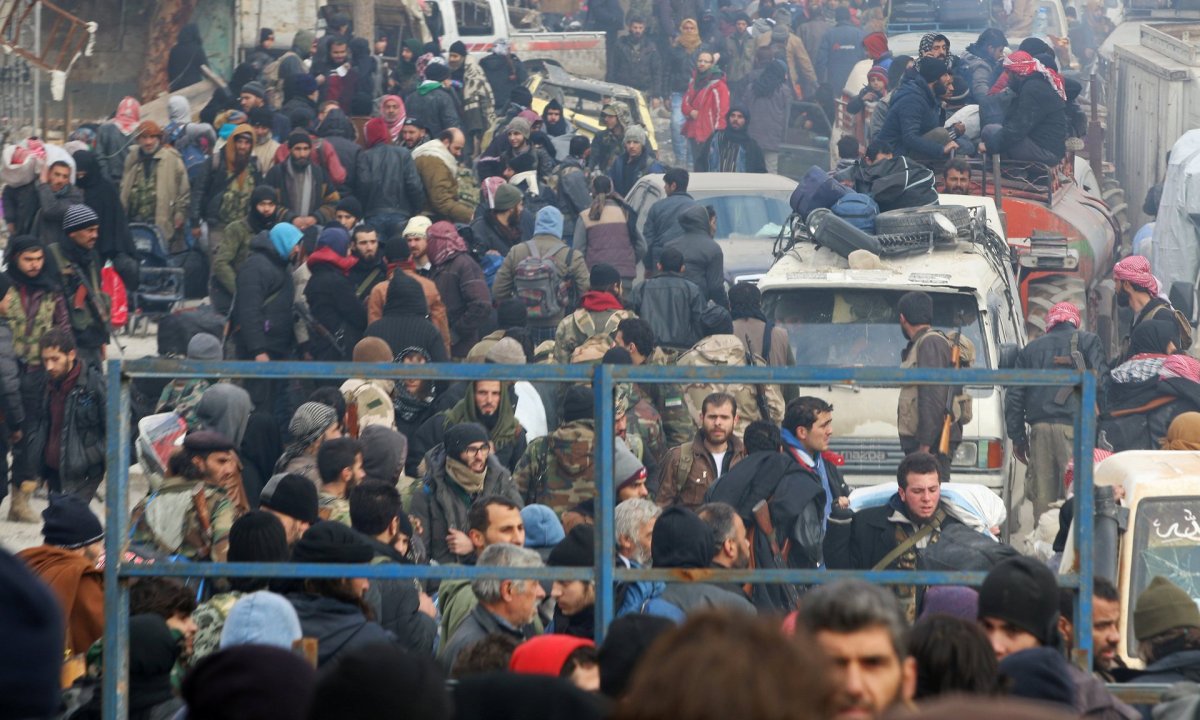 The task of defining Assadism is useful for specific purposes only—such as identifying arguments that legitimate or exonerate Assad’s iron fist rule and crimes. But to even gnaw at what Assadism exactly is, it is necessary to adopt a holistic approach and thus move on to define what conservatism exactly is.

I wish to argue that Assadism is conservatism. It should be clear as day, but this argument should be elucidated. So what is conservatism? If we wish to define it narrowly: conservatism is the ideology of reaction to demands for egalitarianism. Historians of conservatism trace its progeny to the reaction to the events in Revolutionary France that began in 1789—all the way down to opposition to feminism and racial equality. Commonly thought to be conceived by Edmund Burke, conservatism has been embellished and re-produced by thinkers stretching from slaveholder intellectuals such John C. Calhoun to Ayn Rand and Ludwig Von Mises. One would reasonably ask: why would such an impulse—to conserve power in the hands of so few—only “begin” in 1789, much less require original thinkers at each turn? The answer is that by virtue of the fact that conservatism is an ideology for defending privilege, it necessarily arose at a time when power had to be established and maintained by consent and hegemony. The baroque ways of domination just didn’t achieve their task anymore. What was different about conservatism was that it constructed ex nihilo “the people” and pitted them against the forces of egalitarianism. “The people” were authentic, pure and facing them were the forces of destabilizing modernity.

The rest of the story is that conservatism is often haunted by its own victories. Once it clings to the levers of power, it sheds its drapes and becomes associated with its eternal core—the preservation of hierarchies of power. Its rhetoric may valourize The People and claim to speak for them against “foreign influences,” but its essence is the enslavement and domination of those who are neither of the aristocracy or the bourgeoise.

Which brings us to the question: what is the significance of this to Assadism?

Assad increasingly appears to be re-monopolizing power. Regardless if they’re true, one common trope we’ve heard is that Assad is the only one who stands between barbarism and secularism. Sectarian division—he has so carefully germinated—is adopted as a primary lens, to interpret the revolutionary processes, not struggle for class or political equality

“With us the two great divisions of society are not the rich and poor, but white and black; and all the former, the poor as well as the rich, belong to the upper class.”—John C. Calhoun

“He’s a moderate and was only provoked.”

“But [French revolutionaries,] who began with refusing to submit to the most moderate restraints, have ended by establishing an unheard-of despotism.”—Edmund Burke, Reflections On The French Revolution

And so on and so forth. Conservatives have historically branded themselves as the last bulwarks of order against the chaos self-government. Moderation against the fanaticism of the guillotine, or the “headchoppers.”

But this is all coming unstuck. Consider the dilemma: despite his defenders’ denial of his crimes against fleeing civilians, none of them have found an argument against one stark fact: civilians are being evacuated. They will doubt the existence of a 7-year old girl with Twitter account in Aleppo, they will scrutinize activists who can speak English and have internet connection (the crime!) they will doubt the veracity of human rights organizations’ reports on his crimes, they can claim that the White Helmets are in bed in Al-Qaeda/funded by shady organizations in the West but they won’t ever deny the fact that ethnic cleansing is in fact occurring. That is not a paradox. The defence of hierarchy by any means is the essence of conservatism. To deny that displacement is occurring is to deny the legitimacy of Assad’s rule.

Considering the fact that many on the Left and the Right share almost the same exact opinions of Assad and Putin today, it may not be a coincidence that conservatism was born of the same womb—Revolutionary France—that gave us the categories “Right” and “Left.” Perhaps a rearrangement is in order.

2 thoughts on “Assadism: Haunted By Its Own Success”