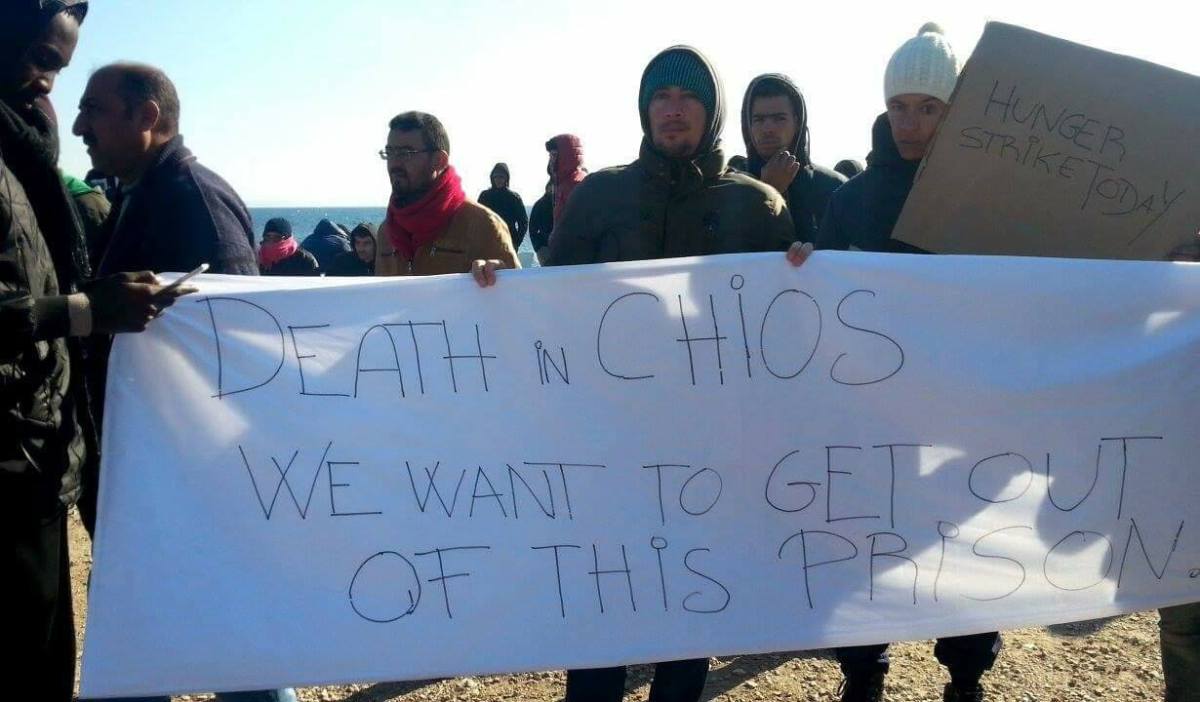 It has been nine months since the introduction of the EU-Turkey deal, under which refugees arriving on Greek islands face the threat of deportation back to Turkey. Since then, thousands of refugees have been stuck in inhumane conditions, in camps lacking basic resources like heat and electricity, as they await to have their asylum requests processed. With the arrival of winter, the situation continues to deteriorate.

Meanwhile, UNHCR and the EU’s aid department (ECHO) have been accused of mismanaging millions in emergency funding earmarked for upgrading shelters, leaving thousands sleeping in freezing conditions in camps across Greece. On Chios, refugees have begun to protest against these intolerable conditions. ‘We all are fighting this battle with the leaders of Europe’s non-humanists. Yes, we are now one team fighting the lies and hatred, racism and the enslavement of human beings and the imprisonment of freedom,’ writes Mohammed, a refugee from Deir ez-Zor.

The following commentary, originally published in Politico last week, was written in response to the European Commission’s proposal to resume ‘Dublin transfers’ back to Greece.

In the same week as the world marked Human Rights Day, the European Commission announced its plans to resume the so-called “Dublin transfers” of refugees back to Greece. If the recommendation is adopted at Thursday’s meeting of European leaders in Brussels, EU member countries will be able to start returning refugees who arrive on their territory back to the country of their first entry into the European Union, wherever that may be.