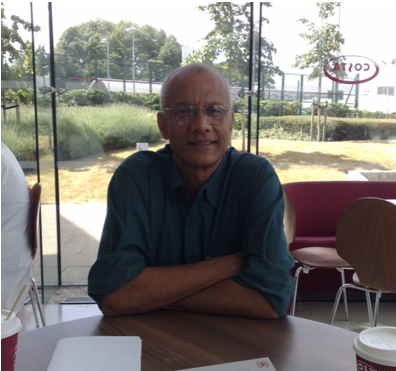 Colin Gonsalves is a senior advocate of the Supreme Court of India and a pioneer of public interest and human rights law. He has won over 200 mostly precedent setting cases against the Indian government and powerful corporations in favour of poor and marginalized groups. Gonsalves has been described as a champion of the exploited.

In 1989 Colin founded the human rights law network (HRLN), known today as a network of hundreds of lawyers and social activists whose aim has been to further the struggle for human rights and equality through making justice accessible to disadvantaged members of Indian society. Funded mainly through grants from various organisations, his growing army of lawyers regularly litigates on issues of women’s and minority rights, environmental damage, child labour, disability law, land confiscation, sexual harassment, prisoner abuse, human trafficking and the right to nutrition. Giants taken on by the HRLN include the likes of Enron. The HRLN now has a presence in over 20 Indian states where its centres provide pro bono legal services, undertake public interest litigation and run campaigns to spread awareness of human rights.  In addition to this organization Gonsalves also heads the Indian People’s Tribunal on Environment and Human Rights (IPT).

In 2001 Gonsalves began work on a case which in the face of ever increasing privitisation and withdrawal of food subsidies, aimed to force the central government to implement several food security schemes across the country. He argued that the Indian constitution’s reference to a ‘right to life’ encompasses the right to food, work and fair wages. Also highlighting that as a result of rampant malnutrition 3-5,000 Indians die every year of starvation, Gonsalves and his team of pro-bono lawyers were able to bring relief to over 300 million people following a series of court orders in their favour. The case won him and the HRLN acclaim from former Irish President and UN High Commissioner for Human Rights, Mary Robinson, among others.

Gonsalves has received honorary degrees and awards for his services from a plethora of educational institutions as well as legal and charitable organizations including the American Bar Association’s International Human Rights Award for his ‘extraordinary contribution to the causes of Human Rights rule of law and promotion of Access to Justice’ in 2004.

Gonsalves was recently in London to receive an honorary doctorate in Law from Middlesex University where I interviewed him.