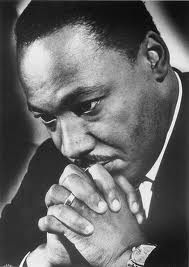 The ceremonies for the new Martin Luther King Jr. Memorial in Washington DC were kicked off on August 24 at an event billed as Honoring Global Leaders for Peace. But some of those honored are a far cry from King’s beloved community of the poor and oppressed. The tribute to peacemakers, organized by the MLK National Memorial Foundation, was mostly a night applauding warmakers, corporate profiteers and co-opted musicians.

The night started out with great promise when MC Andrea Mitchell mentioned Dr. King’s brilliant anti-war speech Beyond Vietnam as a key to understanding the real Dr. King. And sure, there were a few wonderful moments—a song by Stevie Wonder, a speech about nonviolence by the South African Ambassador and a quick appearance by Jesse Jackson in which he managed to spit out a call to “study war no more.”

But most of the evening’s speakers and guests of honor had little to do with peacemaking. One of the dignitaries thanked at the start of the program was Israeli Ambassador Michael Oren, representing a country that uses $3 billion a year in precious U.S. tax dollars to commit war crimes against Palestinians.

Then came a parade of representatives of corporations that want to cleanse their image by being associated with Dr. King. The first was General Motors VP Eric Peterson. His company took billions from government coffers to keep it afloat, then showed its “generosity” by donating $10 million of our tax dollars to the memorial. Mr. Peterson gave a speech paying tribute to the company’s first black board member, Rev. Leon Sullivan. Peterson claimed that the Sullivan Principles, principles that established a social responsibility code for companies working in South Africa, helped abolish apartheid. The truth is that the Sullivan Principles ended up being a cover for U.S. corporations—like General Motors–to continue doing business in racist South Africa instead of respecting the international divestment campaign.