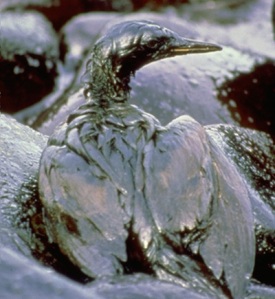 NOVA SCOTIA—”BP has done ruined all those people’s lives down there,” said my friend Bill, a Nova Scotia lobsterman in his seventies, as we talked about the fate of Louisiana fishermen the other day.  Many are Cajuns, descended from French Acadian settlers who once lived along this very coast, prior to their expulsion by the British in the 1750s.

Having worked on the sea all his life, Bill said sadly: “We ain’t seen nothing yet.  I don’t care how you look at it, that oil is coming up here.”  Remarking on swordfish and tuna, which winter and spawn in the Gulf but are caught by Canadian fishermen in the summer, he noted that “fish swim, but that oil will kill every fish egg it touches.”

Although the focus of the environmental impacts of BP’s Deepwater Horizon oil spill has been primarily on the devastation of the coastal wildlife, marshes, and beaches of the Gulf Coast, the impacts will be felt all along the Atlantic coast, as well.  With the spill, now in its third month, spewing oil into the ocean at the rate of at least 60,000 barrels a day, it’s clear BP CEO Tony Hayward’s claim that the environmental impact would be “very, very modest” could not be farther from the truth.