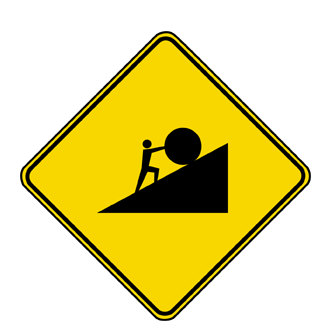 In order to reveal something about the salience of incoherence in today’s world, let’s examine this recent event:

On May 21st, the Appeals Court for the District of Columbia ruled that detainees at Bagram do not have the right to habeas corpus; that is, the right to challenge their detention; that is, the same right that was extended to Guantanamo detainees in two separate Supreme Court rulings, Rasul (2004) and Boumediene (2008). The Bagram decision was based on reasoning that because the prison is located in Afghanistan – a zone of active combat –  the precedent in Boumediene, concerning Guantanamo Bay, cannot be applied.  Additionally, the Court ruled that while the United States, in maintaining full and complete control over Guantanamo Bay for over a century, was constitutionally required to provide detainees with the right to challenge their detention, the status of Bagram  was a different case because the U.S. does not intend to maintain control over Bagram with any “permanence.”  At first, the logic of the court, which is grounded in Supreme Court precedent, ‘may’ sound compelling to the reader, but this is where things get sticky…..