Gore Vidal sat down with Riz Khan to discuss Italo Calvino, whom Vidal describes as “the only great writer of my time”. Vidal’s essay on Calvino is available here.

A shaved version of this review appeared in the Guardian.

In the 1980s an artist friend of mine made a poster for Gulbuddin Hekmatyar’s Hizb-e-Islami, a militia later allied with the Taliban. The poster depicted a fully-bearded Afghan mujahid clutching Quran and Kalashnikov and standing atop a slaughtered Russian bear. It was sent as a postcard to British journalists and politicians, without controversy.

In the same period I remember reading stories in the mainstream press about the Mujahideen’s poetic love of flowers and song. After the Russian rout, these Mujahideen committed excesses so extreme that it took Taliban puritanism to re-establish order. Then the Taliban committed their own excesses, of a different sort, and after 9/11 the West waged war on them for metonymic reasons. Nobody now celebrates the gentle, flowery qualities of these men who have burnt schools and lynched television sets.

“Poetry of the Taliban”, therefore, is a brave and very useful project. It offers the reader a perspective on the conflict through the Other’s eyes. It offers the human element, and as such is worth more than a library-full of cold analysis.

There are poems of love, battle, transience, grief, enthusiasm, material deprivation and mystical astonishment. The voices are diverse and often surprising. Faisal Devji’s preface points out that the poetry displayed here is not the official product of the Cultural Committee of the Islamic Emirate, not centrally-organised propaganda, but the efforts of men (and a woman) who fight for a variety of reasons, tribal, ethnic or nationalist, and particularly out of gut resistance to foreign occupiers, wherever they come from.

END_OF_DOCUMENT_TOKEN_TO_BE_REPLACED 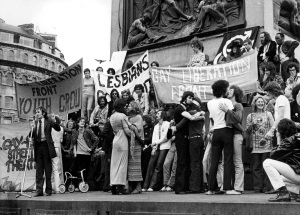 This post was published at the excellent Jacobin Magazine blog.

Are we done yet? Do we have to endure another full day of self-congratulation at Obama’s personal endorsement of same-sex marriage? His announcement was heralded with as much praise as last summer’s legalization of gay marriage in New York. And that was, you know, actual legislation.

This is hardly surprising given the fact that marriage equality is designed to distract liberal consciences and give Democrats political cover to gut social services. While the passage of gay marriage enjoyed the support of prominent campaign donors, it was directly preceded by cuts to homeless shelters for queer youth. It’s a campaign season bait-and-switch — winning votes without making real concessions.

END_OF_DOCUMENT_TOKEN_TO_BE_REPLACED

‘I am here not to squeak like a grateful and apologetic mouse but to roar like a lion out of pride in my profession.’

A an excellent PBS documentary from 1994. 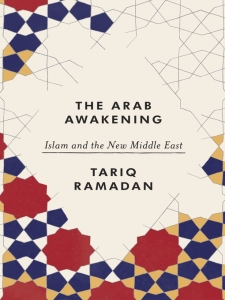 A mangled version of this review appeared in the Independent.

What is happening in the Middle East? Tariq Ramadan, one of the foremost Muslim intellectuals, calls the contemporary events ‘uprisings’, more concrete and permanent in their effect than ‘revolts’ but still short of thoroughgoing ‘revolutions’. So far, Tunisia is the only clear democratising success, and even there it remains unclear if the new dispensation will be fundamentally more just economically than the last.

Half of this slim volume is spent examining whether the uprisings were staged or spontaneous. Ramadan counsels against both the naive view that outside powers are passive observers of events, and the contrary belief that Arab revolutionaries have been mere pawns or useful idiots in the hands of cunning foreign players.

Certainly the US and its allies helped to guide events by collaborating with the military hierarchies which removed presidents in Tunisia and Egypt, and by full-scale intervention in Libya – this for a variety of obvious reasons. An agreement signed by Libya’s NTC in March last year, for instance, guaranteed France 35% of future oil exports.

There’s been Gulf and Western hypocrisy over Bahrain, home to Formula One and the US Fifth Fleet, and al-Jazeera’s coverage has been tailored to reflect its Qatari host’s strategic concerns.

Then, less convincingly, the social media conspiracy: trainees from 37 countries learned non-violent cyberactivism in Serbia. Google, Twitter and Yahoo offered training in the US. Google provided satellite access codes to Egyptian activists so they could evade censorship, but not to their Syrian counterparts.

END_OF_DOCUMENT_TOKEN_TO_BE_REPLACED

The uprisings of the Arab Spring, and the prolonged nature of the internal conflicts in Libya and Syria, have once again sparked debate over the status of international law and the use of military intervention to enforce human rights. However, the discourse over humanitarian intervention has often overlooked the more unsavory aspects of liberal thought and Western power politics. This panel will explore the fundamental problems concerning Neo-Liberalism and its connections to the development of Neo-Orientalist thought.