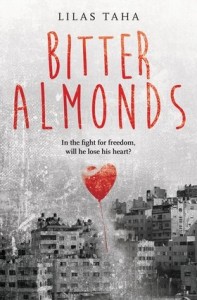 An edited version of this review appeared at the National.

This story starts with a birth and a departure, in Jerusalem in 1948. The birth is Omar Bakry’s, and it orphans him. The departure, alongside three quarters of a million others, is his forced expulsion from Palestine. “We’ll be back in a couple of weeks,” one fatefully quips.

Omar, now in the care of a neighbouring family, relocates to Damascus, where the novel unfolds through the fifties and sixties, both an engaging romance and a convincing period drama.

Lilas Taha writes in American English. My British-English ear found it difficult at first to believe in old-fashioned Arabs saving each others’ asses and getting in each others’ faces. The effect was exacerbated by occasionally clumsy dialogue. Real Palestinian-Syrians would see no need to specify, for example, “the ruling Baath Party” or “the actress Souad Hosni”. Realism is lost at moments such as these when the novel, veering into explanatory overstatement, seems too obviously an act of cultural translation. It might have been better to write a preface, or to add footnotes.

But as the pages turn, slowly but surely, the characters come entirely credibly to life. We learn a great deal about them by observing their negotiations of etiquette and social ritual as they traverse a domestic danger zone marked by deaths, difficult births, precarious marriages, and looming scandals.

The cast is close-knit. Mustafa is a farmer denied his land whose lungs are broken in a wool factory. The book’s title comes from his mouth, and provides a wisdom for the drama: “The bitter almonds make you savour the sweet ones more.” His wife Subhia, their son Shareef and daughters Huda and Nadia, make up Omar’s surrogate family.

Taha depicts them trying to make ends meet, their life in cramped quarters, male and female sleeping areas demarcated by a blanket, and the profound familiarities and festering resentments which grow in such conditions.

And she skilfully paints a value system, one which prioritises reputation and family and community solidarity, and insists on protecting women’s honour. Honour is what young men brawl over and older men may kill for. The essential female virtues here are modesty and chastity. Girls on the right track develop into a “melancholic maturity”; men are supposed to be “traditional to the core, dependable to the tooth, chivalrous to the extreme.”

Within this code, Omar’s behaviour is entirely consistent. He holds himself, and men in general, to the same high standards expected of women. But Shareef isn’t consistent. He will ‘ruin’ a girl but then refuse to marry her because she has proved her ‘looseness’ by falling for him.

These social themes are not flagged up in an orientalising or disproportionate manner, nor laden with disapproving commentary, but narrated, as it were, from within, on the characters’ own terms. This, alongside Taha’s detailed attention to behaviour, gesture, and attitude, and her tight control of dialogue (despite the aforementioned lapses), is what makes the novel so successful.

Characters are often offered up in pairs for comparison. Omar and Marwan, his Damascene friend, for instance, become competitors for Nadia’s hand. This love story at the heart of the book is completely convincing, despite the Mills-and-Boonish final page.

Hemmed in by convention, Lilas Taha’s women are by no means weak. Subhia is the family’s centre of gravity. Huda, a midwife, is a holder of secrets who wields potential power over local families. And Nadia –without kicking radically against the social framework – resists the much-proffered ‘protection’.

The novel has a great sense of place. Taha lovingly describes Damascus markets and Eid celebrations, the luxury of the public baths, and Marwan’s Old City home, from the fountains to the walnut ceilings, as well as all kinds of food, in particular the sfeeha: “the smell of onions and pomegranate syrup wafted as soon as he spread stacks of the flat meat pies.” On the other hand, we never learn in which neighbourhood the family lives. Is it Yarmouk – Syria’s largest Palestinian camp, now starved and half-demolished?

Time and political context are also well handled. The characters partake of Gamal Abdul Nasser’s wild popularity and his dreams of Arab unity, and they experience social change, with hemlines rising and necklines falling (these traditional people did not go in for headscarves). The June 1967 Arab-Israeli war forms a key moment in the larger geo-political drama, and Taha evokes well the Arab public’s propaganda-fed enthusiasm before the shock of the defeat. Omar’s injuries add to the “despondent slump the whole country had sunk into”. Once healed, he trains fidaiyeen guerrillas amid the “strange disciplined savagery” of a camp in the Jordanian desert.

The novel’s romantic denouement occurs against the backdrop of the 1970 coup launched by the Syrian Minister of Defense responsible for the 1967 loss of the Golan Heights – Hafez al-Assad, father of the man besieging Yarmouk camp today.