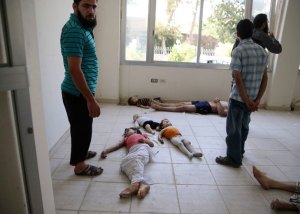 Godzilla in Mexico, by Roberto Bolano.

Listen carefully, my son: bombs were falling
over Mexico City
but no one even noticed.
The air carried poison through
the streets and open windows.
You’d just finished eating and were watching
cartoons on TV.
I was reading in the bedroom next door
when I realized we were going to die.
Despite the dizziness and nausea I dragged myself
to the kitchen and found you on the floor.
We hugged. You asked what was happening
and I didn’t tell you we were on death’s program
but instead that we were going on a journey,
one more, together, and that you shouldn’t be afraid.
When it left, death didn’t even
close our eyes.
What are we? you asked a week or year later,
ants, bees, wrong numbers
in the big rotten soup of chance?
We’re human beings, my son, almost birds,
public heroes and secrets. 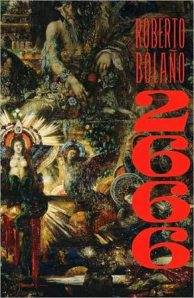 This review first appeared at the new Muslim Institute website (worth watching)..

These days it seems that almost everyone sees the apocalypse bearing down. This is the age of Kali Yag and the oncoming rapture, the arrival of the triumphant Mehdi, of catastrophic climate change and resource shortage. This is the age in which Beduin compete to build the taller towers, in which fog appears above cities as a sign of their evil.

‘2666’ is a vast apocalypse-in-motion novel set in the 1990s. It was written by a poet who turned to novel writing in his forties only in order to support his young family. He died at 50.

Roberto Bolano wrote ‘2666’ in five books. Before he died he asked that each book be published separately, because he believed that would leave more cash for his loved ones. His publishers decided to ignore this directive, for each book feeds thematically and by plot tangent into the others. The novel has a cumulative, total effect.

The first book – effortlessly cosmopolitan, densely detailed, persistently digressive – centres on a menage a trois between three European academics who also share an obsession with a reclusive German writer called Archimboldi. When a British-Pakistani cab driver expresses his outrage at the academics’ unorthodox relationship, the two men of the trio beat him to a pulp. Afterwards, “they were convinced that it was the Pakistani who was the real reactionary and misogynist, the violent one, the intolerant and offensive one, that the Pakistani had asked for it a thousand times over.” Almost in passing, the episode diagnoses a very contemporary European disease, but also contributes to some of the novel’s central themes, of violence, anonymity, senselessness and the failure of imagination.