“Men use thought only to justify their injustices, and speech only to conceal their thoughts.” — Voltaire, Dialogue XIV, Le Chapon et la Poularde

Voltaire’s wit often illuminates truth. Consider this revealing “thought” as expressed recently in Alert, the voice of AIPAC to its membership: “Some Americans believe if the Israelis strike Iran, the U.S. will pay the political costs anyway, so it would be better for the Americans to do the job and do it properly. Their clock is a bit different from the one the Israelis hear. Because of their vastly superior firepower, the Americans could strike Iran later, more devastatingly and more sustainably.” How just is it for AIPAC’s mouthpiece to declare that America should “devastate” Iran because it has “vastly more firepower” than Israel and could “do a better job” and “do it properly,” as though this were a clean-up “job” of a waste dump and not an illegal invasion of a member country of the United Nations that has done nothing under international law to threaten the U.S. much less attack it, while the Israeli government and its IDF look on happily content that it is American boys and girls suffering the consequences of the unwarranted attacks and not Jewish boys and girls? Has it come to this, that unnamed Israeli spokespeople, voicing AIPAC’s policies, determine what nation the U.S. should invade without consultation with the representatives of the American people?

Not that this sentiment has not been expressed before. Netanyahu told Piers Morgan the same thing in an interview last year, as I have quoted in previous articles, noting Israel’s Zionist government’s desire to use America’s military as their own claiming that what is good for Israel is good for America. That protestation completes the wit contained in Voltaire’s quote: because Israel is America’s only friend in the mid-east, and the only Democracy, and the only nation in that part of the world aligned with the west, it alone deserves America’s “unquestionable” and “unbreakable” support.

END_OF_DOCUMENT_TOKEN_TO_BE_REPLACED

An end of the year lament. 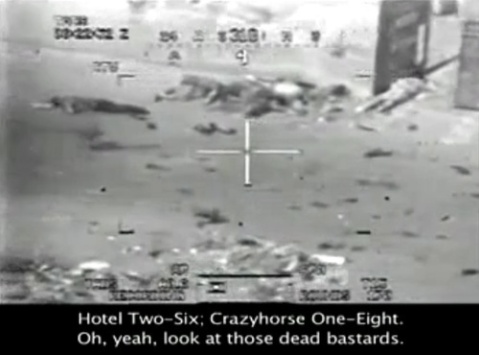 “Violence begets violence. Hatred begets hatred. And terrorism begets terrorism. A white ambassador said that y’all, not a black militant (Ambassador to Iraq, Edward Peck). Not a reverend who preaches about racism. An ambassador whose eyes are wide open and who is trying to get us to wake up and move away from this dangerous precipice upon which we are now poised…” — Jeremiah Wright, September 16, 2001.

Prophets fare poorly in their own country, yet countries would do well to hearken to their prophets. Scorn, ridicule, and innuendo attend their pronouncements as the righteous defend their actions as logical, existential and necessary. Jeremiah Wright suffered such scorn and mockery because he understood the consequences of revenge on the innocent and the defenceless, justified by whatever inane discourse. Wright spoke truth to power that Sunday after 9/11 and the righteous cried to heaven condemning him to perdition for defaming America, for even suggesting that revenge for the sake of revenge is the motivation of the arch fiend against the Almighty, the foulest, most ignorant, most amoral rational for action.

Prophets anticipate truth; they review a nation’s past history and can predict its future. Witness America’s past as the Reverend Wright did that Sunday morning, and what America is doing now repeats its ugliness. Wright said this about America’s past:
END_OF_DOCUMENT_TOKEN_TO_BE_REPLACED

“ … disregard and contempt for human rights have resulted in barbarous acts which have outraged the conscience of mankind, and the advent of a world in which human beings shall enjoy freedom of speech and belief and freedom from fear and want has been proclaimed as the highest aspiration of the common people …” — United Nations Universal Declaration of Human Rights.

Today the American people, in concert with their brothers and sisters around the world, proclaim the rights to which they are entitled by birth and citizenship, by Constitutional law and Proclamation, and by membership in the collective body of nations that has universalized recognition of these rights for all humanity. And today, in cities and hamlets across this nation, and in many nations around the world, people gather in peace to demand of their governments recognition of these rights that have been abrogated by the few and denied to many.

Citizens no longer control their government; they are slaves to it. Representatives no longer serve the citizen seeking their consent to govern, they are servants of the corporations and lobbies that control the economic system to which the citizen is enslaved. Presidents no longer lead, they are the obedient lackeys of their corporate overseers. Freedom of speech and belief and freedom from fear and want do not determine the needs of humans, economics of the market place supersedes all at the expense of the citizen and human rights. We exist in a corporate world of unending wars, of vengeance and recrimination, of fear as a commodity that imprisons the mind, of greed that destroys the resources of this planet without remorse, and of insatiable arrogance that harbors no concern for those it destroys.

END_OF_DOCUMENT_TOKEN_TO_BE_REPLACED

William A. Cook provides an overview of the state of affairs of the zionist affairs of state, in a piece entitled The Unstated Script of the Wiesel Open Letter to President Obama. It is a good summary but by no means definitive: one could add theft of Palestinian tax credits, water, fertile top soil, religious sites, harvesting of human organs, daily humiliations, and much much more …

Let’s draw up the bill of particulars that is hidden from the world, the subtext, the unsaid prayer no one in this American government wants revealed and certainly no one in Israel wants displayed publicly.

What is the true nature of this state of Israel that … is now seeking to enlist the governments of the world against its perceived “existential” enemy, Iran?

* a state defiant of international law, the Universal Declaration of Human Rights, and the Geneva Conventions that apply to occupying powers;

* a state, unlike North Korea or Iran, the other identified Axis of Evil states, that has invaded neighboring states and occupies them;