Each day over the next week we’ll be publishing one of the six lectures on the theme of ‘Representation of the Intellectual’ that Edward Said recorded in 1993 as part of the annual BBC Reith Lectures.

The first lecture is titled: ‘Representations of the Intellectual.’


Representations of the Intellectual (30 mins): MP3

Following is an extract from Armageddon in Retrospect by Kurt Vonnegut in which he describes the scenes  of ‘obscene brutality’ he witnessed as a prisoner of war in Dresden which inspired his classic novel Slaughterhouse-Five.

It was a routine speech we got during our first day of basic training, delivered by a wiry little lieutenant: “Men, up to now you’ve been good, clean, American boys with an American’s love for sportsmanship and fair play. We’re here to change that.

“Our job is to make you the meanest, dirtiest bunch of scrappers in the history of the world. From now on, you can forget the Marquess of Queensberry rules and every other set of rules. Anything and everything goes.

“Never hit a man above the belt when you can kick him below it. Make the bastard scream. Kill him any way you can. Kill, kill, kill – do you understand?”

His talk was greeted with nervous laughter and general agreement that he was right. “Didn’t Hitler and Tojo say the Americans were a bunch of softies? Ha! They’ll find out.”

And of course, Germany and Japan did find out: a toughened-up democracy poured forth a scalding fury that could not be stopped. It was a war of reason against barbarism, supposedly, with the issues at stake on such a high plane that most of our feverish fighters had no idea why they were fighting – other than that the enemy was a bunch of bastards. A new kind of war, with all destruction, all killing approved.

END_OF_DOCUMENT_TOKEN_TO_BE_REPLACED

As the launch of the Freedom Flotilla – Stay Human approaches, increasing numbers of Zionist officials and commentators illuminate the depths of their moral and intellectual bankruptcy by arguing that it is a political – not humanitarian – project.

Ran Curiel, Israel’s ambassador to the United Nations, offers an example as good as any other. On May 10, he actually went to the trouble of calling a press conference in Strasbourg to offer this conclusion. “In our view, the flotilla is clearly a political provocation … since there’s no need for a flotilla to aid Gaza,” he said. “You can pass whatever you want to Gaza through normal channels.”

Curiel’s reasoning leaves much to be desired. Nobody seems entirely clear on what can enter Gaza through his “normal channels,” namely the Erez Crossing, and a large majority of its necessities continue to arrive at a high premium via tunnels from Egypt. And humanitarian opposition to the siege has always had more to do with its crippling effect on Gaza’s economy than its obstruction of aid. Due to the impossibility of legally importing most goods, or exporting nearly anything, unemployment now reaches 45%, and 300,000 people survive on a dollar a day.

END_OF_DOCUMENT_TOKEN_TO_BE_REPLACED

As tens of thousands of corpses continue to pile up as a result of the US-led “War on Drugs” in Latin America, private contractors are benefiting from lucrative federal counternarcotics contracts amounting to billions of dollars, without worry of oversight or accountability.U.S. contractors in Latin America are paid by the Defense and State Departments to supply countries with services that include intelligence, surveillance, reconnaissance, training, and equipment.

“It’s becoming increasingly clear that our efforts to rein in the narcotics trade in Latin America, especially as it relates to the government’s use of contractors, have largely failed,”said U.S. Senator Claire McCaskill, chair of the Subcommittee on Contracting Oversight which released a report on counternarcotics contracts in Latin America this month. “Without adequate oversight and management we are wasting tax dollars and throwing money at a problem without even knowing what we’re getting in return.”

END_OF_DOCUMENT_TOKEN_TO_BE_REPLACED

Steve Walt, co-author of the ground-breaking The Israel Lobby and US Foreign Policy, gave a keynote address on “Obama’s Foreign Policy and the End of the American Era” at an event is co-hosted by the IIEA and UCD’s Clinton Institute for American Studies. You can download the Post Event Notes from this event here.

END_OF_DOCUMENT_TOKEN_TO_BE_REPLACED

The small town of Fort Chipewyan in northern Alberta is facing the consequences of being the first to witness the impact of the Tar Sands project, which may be the tipping point for oil development in Canada. The local community has experienced a spike in cancer cases and dire studies have revealed the true consequences of “dirty oil”.

Gripped in a Faustian pact with the American energy consumer, the Canadian government is doing everything it can to protect the dirtiest oil project ever known. In the following account, filmmaker Tom Radford describes witnessing a David and Goliath struggle.

Below the fold you can also watch Dirty Oil, the 2009 documentary on the Alberta tar sands directed by Leslie Iwerks.

END_OF_DOCUMENT_TOKEN_TO_BE_REPLACED

Bashaar al-Asad’s speech this week was undoubtedly a sign of weakness. Apart from a phone call to Lebanon, the ‘president’ (how insubstantial the word now sounds) hadn’t been seen or heard for two months. Turkey, the West, even Russia wanted to see a proactive, present president dealing with the crisis; Syrians began to wonder if the man was under house arrest, or sedated, or dead. So finally he turned up, only to repeat vague and unsubstantiated noises about ‘reform’, ‘dialogue’, and the like. All entirely meaningless – the killings and arrests continue regardless. The greater part of the speech focussed on the alternative reality which lives in regime heads – on conspiracies, germs, saboteurs, vandals, infiltrators. At the start of the trouble, the president said, he’d thought the ‘armed groups’ contained only 10,000 men. Imagine his surprise when he learnt there were in fact 64,000!

The only change was one of style. This time al-Asad was careful not to giggle. (A Facebook page was set up the day before the speech, called – in Arabic – ‘Bashaar, if you laugh tomorrow, we’ll shit on you.’) The camera was careful to pull away from the president when the audience applauded, lest he break into one of his gormless smiles. But he wasn’t smiling. There was very definitely fear in his eyes. And he’d lost weight. Not as much as lost by 1400 corpses, but a good few kilos.

END_OF_DOCUMENT_TOKEN_TO_BE_REPLACED 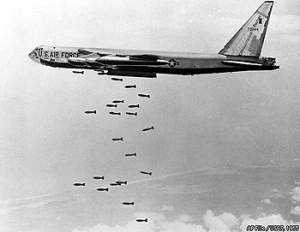 Anyone who has not yet done so is encouraged to view John Pilger’s 1979 documentary “Year Zero: The Silent Death of Cambodia”.

The documentary begins with Pilger’s narration:

At 7.30 A.M. on April the 17th, 1975, the war in Cambodia was over. It was a unique war, for no country has ever experienced such concentrated bombing. On this, perhaps the most gentle and graceful land in all of Asia, President Nixon and Mr. Kissinger unleashed 100,000 tons of bombs, the equivalent of five Hiroshimas”.

Watch the 52-minute film below the fold:

END_OF_DOCUMENT_TOKEN_TO_BE_REPLACED 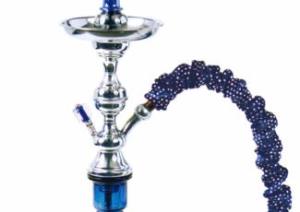 Maya Mikdashi writes at Jadaliyya on her personal experience with sectarianism in Lebanon:

When I say I am a “Sunni” this is what it means: it means that my father is a Sunni and that therefore, I am categorized as a “Sunni” Muslim by the Lebanese state. It means that if I have children with anyone other than a Sunni Lebanese man, those children will not be Lebanese Sunnis. It means that I can never be the Lebanese President, the Speaker of Parliament, or the Head of the Army. I suppose that my being a woman makes this point redundant. Being a Lebanese Sunni means that if I marry, I must (unless I marry a Christian abroad) receive my marriage certificate from the Sunni authorities. It means that I inherit according to the Hanafi code of personal status. It means I cannot (legally) adopt children, and that if I were to have political ambitions, I would be counted in the quota of “Sunni seats” for public office. The fact that I am a Sunni does not mean that I believe that ‘Uthman was the right man for the job, or that I pray without touching my head to a rock five times a day, or that I endorse, or gloat, over what happened in Karbala. It does not mean that I feel some sort of affinity with Sunnis in other parts of the world, or that when the Saudi King or Mufti speaks in my name I do anything other than laugh. It does not mean that I support the Bahraini regime’s brutal oppression of a democratic uprising, and it does not mean that I am “afraid” of those Iranians. It does not mean that I am anti-Hezbollah, or that I am part of a “culture of life.” Being a Lebanese Sunni doesn’t even require me to be abeliever in, and practitioner of, Islam. I am a Lebanese Sunni only because my father, and his before him, is a Lebanese Sunni from Beirut. The fact that my mother is an American Christian from a quiet tree-lined suburb does not matter. My ID and my census registration records say so.

END_OF_DOCUMENT_TOKEN_TO_BE_REPLACED

Today, following a period of Facebook madness, I deactivated my account. Unlike reefer madness, this one was a by-product of the Arab revolutions. Since January I’ve been updating statuses, liking pages, linking to articles, posting youtube videos. And, regrettably, I’ve been getting into fights. I don’t mean physical fights. My computer screen is still intact. I mean Facebook fights. Sometimes these are reasonably polite altercations; sometimes they aren’t polite at all. At all times they eat up time. Hours and hours of time. Time I could have spent reading Tolstoy or trying to play the saxophone or walking across the fields.

Getting into fights on Facebook is undoubtedly a symptom of psychological problems. I possess many social skills, diplomacy not included. I am overly passionate. Plus I am too sensitive for someone who is also a rhetorical bruiser – like a soft-jawed weakling who packs an iron fist (which sounds like Bashaar al-Asad; but this becomes too ugly). Beyond my own issues, however, Facebook presents challenges to any human being more used to communicating through the contexts fine-tuned over millenia – face to face, or in a crowded room, or by private or public letter. All these situations contain subtle mechanisms for conflict resolution or avoidance. Facebook doesn’t.