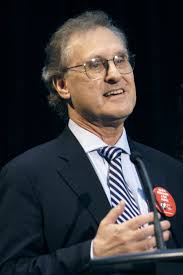 END_OF_DOCUMENT_TOKEN_TO_BE_REPLACED

A 1992 documentary by the brilliant Adam Curtis about the rise of Monetarism during Britain’s economis crisis in the 1970s. As countries accross Europe bow to the seemingly inexorable logic of austerity and the European Union attempts to lock in a neoliberal model of economic governance, it has lost none of its relevance.

In his most recent blog post, Curtis unearths yet more wonderful archival gems and documentery evidence of what Stuart Hall calls the ‘long march of the neoliberal revolution’.

It is documentaries like this that set Al Jazeera apart from other major news networks. Sebastian Walker examines why a system that was designed to help actually ended up exacerbating Haiti’s misery.

END_OF_DOCUMENT_TOKEN_TO_BE_REPLACED

The small town of Fort Chipewyan in northern Alberta is facing the consequences of being the first to witness the impact of the Tar Sands project, which may be the tipping point for oil development in Canada. The local community has experienced a spike in cancer cases and dire studies have revealed the true consequences of “dirty oil”.

Gripped in a Faustian pact with the American energy consumer, the Canadian government is doing everything it can to protect the dirtiest oil project ever known. In the following account, filmmaker Tom Radford describes witnessing a David and Goliath struggle.

Below the fold you can also watch Dirty Oil, the 2009 documentary on the Alberta tar sands directed by Leslie Iwerks.

END_OF_DOCUMENT_TOKEN_TO_BE_REPLACED

The lavish lifestyles enjoyed by dictators across the Middle East and North Africa have fuelled widespread anger at the way national assets have been looted for the benefit of the few. So what happens to all this wealth once it is spirited out of the country? Can it ever be recovered? And why does the international banking system make it so easy for corruption to flourish? Al Jazeera’s People & Power asked veteran financial journalist, Steve Levinson, to investigate.

This panel is not only devoted to considering arguments about implementing the call for Boycott, Divestment and Sanctions (BDS) against Israel, but also about broader problems of progressive political positioning and backlash in the academy. Although I do not deal with the April 2 case of Richard Goldstone’s unprincipled U-turn on the findings of the United Commissions commission into Israel’s 2008-09 Gaza invasion, the incident suggests the extent to which South African commentary on the oppression of Palestinians has become acutely politicized. For if Goldstone’s return to his Zionist past – recalling, too, his past as a minor apartheid-era judge (hence as a human rights ally, his zig-zag unreliability, reliability and now unreliability) – serves any purpose aside from empowering Israeli militarists, it will be to compel us to use South Africa as a base from which critical inquiry into the condition of Palestine must now be intensified. Fortunately, just such an opportunity arises in the case of the University of Johannesburg faculty Senate’s decision on March 23 to support the Boycott, Divestment, Sanctions (BDS) struggle by breaking ties with Israel’s Ben Gurion University of the Negev.

END_OF_DOCUMENT_TOKEN_TO_BE_REPLACED

Activists fear a free trade agreement could risk lives that depend on affordable drugs.

India is one of the world’s largest producers of generic drugs, but a proposed Free Trade Agreement with the European Union could curb the supply of affordable drugs to millions of people. Many fear that multinational pharmaceutical companies will be the only ones allowed to produce and sell them. The proposed deal will affect millions of HIV positive patients in poor countries, who depend on generic drugs for their survival.

This film tells the story of five days in January 2011 when the people of Egypt broke through a barrier of fear they had known for a generation and rose in revolt against their president. Egypt Burning captures those critical moments as history unfolded through interviews with Al Jazeera correspondents on the ground. Their coverage of this popular uprising, which has once again proven Al Jazeera’s indispensable role in today’s global media landscape, made them the target of a state campaign to get their channel off the air.

END_OF_DOCUMENT_TOKEN_TO_BE_REPLACED

“How else to describe this, but as a form of mass insanity. Just when we know we need to be learning to live on the surface of our planet, off the power of sun, wind and waves; we are frantically digging to get at the dirtiest, highest emitting stuff imaginable…”

The brilliant Naomi Klein delivered this TED talk at on December 8, 2010, in Washington, DC. (A transcript of her speech is to be found below the fold).

END_OF_DOCUMENT_TOKEN_TO_BE_REPLACED

It is one year since Haiti suffered a huge earthquake. More than 200 000 Haitians died and more than a million were left homeless, most of whom still live in tent cities amidst the rubble. Unicef describes the past year as “probably the worst year in living memory for most Haitian adults” and children.