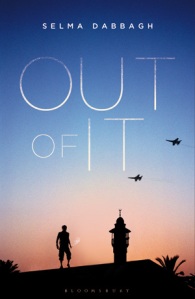 This review appeared in the Guardian.

The Mujaheds, if somewhat more privileged than their neighbours, are a typically itinerant Palestinian family who have learnt to attach sentimental value “only to the small things, the ones that could be thrown into suitcases and scurried away with.” Originally from Jaffa, now returned from Tunis, Beirut and Scandinavia, the novel’s opening finds them living in Gaza in the early years of the second intifada.

One of the many strengths of Selma Dabbagh’s writing is its unerringly precise sense of place. Gaza, imagined from inside with the mental aid of satellite images, is “like dried-out coral, ridged, chambered and sandy.” It contrasts with Israel, “the other side, that side, the place they came from, that had been theirs,” which, studded by solar panels, swimming pools and irrigated fields, looks from above like “an elaborate blanket of modernist design.”

Life in the Mujahed apartment, between the noise of nearby families and the louder noise of warplanes and helicopters, may be like “camping under a flyover”, but it’s better than living in tents as the neighbours – refugees from house demolitions – are forced to do.

The details of dispossession and siege are relentlessly accumulated: the rotting flowers and fruit blocked off from the market by the ‘closure’, the targetted killings, incursions and arbitrary arrests, as well as the increasingly violent internal competition between the religious parties and the corrupt Palestinian Authority whose luminaries are “yearning for cheap suits and desks with name plaques.”

In such an environment, hope is “the thing that could devastate them all.” Yet each family member aims, in some way or other, to escape their predicament, to get ‘out of it’. The mother, to save her skin, has eluded an earlier political identity (a secret which is teased out as the novel progresses). Her son Sabri escapes nostalgia for his baby son and his Christian, Jerusalemite, activist wife, and for his own legs – all destroyed by an Israeli bomb – by recording and analysing the oppression around him. He hopes (that dangerous word) that his efforts will one day sway the world towards recognition, and justice.

His younger brother Rashid’s way ‘out of it’ is via the winged leaves of a marijuana plant called Gloria, and then by travel. His visa documents for London, and reunion with his girlfriend Lisa, are “certificates of release”. London is the setting for a fine comedy of cultural difference: the home of Lisa’s parents, to whom Rashid is shown off  “like a gaudy piece of jewellery”, is a realm of small portions, meagre eye-contact and trapped air.

Rashid’s sister Iman, meanwhile, is briefly tempted by the escapist dream of dramatic, putting-an-end-to-it-all action. “We have a role for you,” a hyper-religious co-worker ominously intones. Iman is not the type to blow herself up – not until one of her students is killed by Israeli bombing: “Deaths of children changed everything. Resistance movements started with dead children.”

But the attempt to recruit her is observed by Ziyyad, an orphaned fighter and an old family friend. He arranges to have Iman safely packed off to join her father in his bolt hole in the Gulf, a consumerist nightmare of malls and maltreated migrant workers. Here attempts are made to straighten Iman’s unruly curls and to depilate her skin. Suzy, Iman’s father’s girlfriend, instructs her to ‘develop herself as a woman.’ This is precisely what Iman does when she too arrives in London, although not in the way her father would have chosen. The benign influence of Ahdaf Soueif whispers through this section.

The final drama – back in Gaza now – hinges on the mysterious (and Shakespearean) pairing of Rashid and the fighter Ziyyad, his lookalike.

This is a very successful debut novel from a British Palestinian writer who has already notched up successes with her short stories. Like a good short story, “Out Of It” manages to fit a great deal in without feeling crowded: Gaza’s collaborators, heroes and dope dealers, and London’s restaurants, bedsits, demonstrations and police cells. Dabbagh does group scenes best of all, finely observing and analysing power relationships. When, for example, the chairwoman leaves a Women’s Committee meeting which has stretched on through an entire night of bombing, “the room’s centrifugal force was released and a panic spread through the women” who ask each other for the first time where the bombs have fallen. In the same way Dabbagh masterfully evokes the complex web of family relationships, a tangle of love, jealousy, resentment, intimacy and distance.

One negative point is the overuse of Arabic phrases followed by translation. This technique may be helpful for the language student but risks alienating the general reader and exoticising material which Dabbagh has so carefully depicted from within as (horrifically) ‘ordinary.’

Otherwise, the novel is full of exact, unexpected images. A man falls asleep – “a boot nudging him into a trench backwards.” An old English house is like a cross-dresser, “sloppy thatch flopped like a lady’s hat and the climbing roses were like rouge.” The writing is both literary and accessible, fast-paced, passionate, exuberant and heart-lurching. We’ll be hearing much more from Selma Dabbagh.