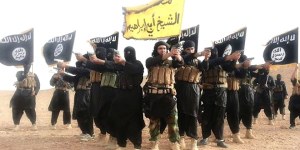 This was first published at NOW.

In the Arab world, the public declaration of religious disbelief is as taboo as the open profession of homosexuality. Publically-declared atheists and agnostics can wave goodbye to social respect, marriage prospects, even legal recognition. Yet a 2012 poll in Saudi Arabia – a state whose legal system equates atheism with terrorism, and which potentially applies the death penalty to apostates – found that 19% described themselves as ‘not religious’ and a further 5% as atheists.

In his new book “Arabs Without God: Atheism and Freedom of Belief in the Middle East” (soon to be translated into Arabic as ‘Arab bala Rab’) journalist Brian Whitaker interviews activist and quietist unbelievers from around the region, and investigates the pressures ranged against them. Most usefully, the book provokes a question – how can a revived Arab secularism (freed from the taint of the so-called ‘secular’ dictatorships) provide a future in which the rights of religious majorities as well as unbelieving or sectarian minorities will be respected and strengthened?

Demands to believe and submit go far beyond religion. Whitaker quotes sociologist Haleem Barakat, who noted that, like God, the Arab head of state and the Arab family patriarch require absolute respect and unquestioning compliance. “They are the shepherds, and the people are the sheep.” (This is why ‘rab’ – which means ‘Lord’ rather than only the monotheist God – is as apt a translation as ‘Allah’ for the book’s Arabic title). So intellectual atheism is perceived as an attack on family and state, and on community solidarity. The contemporary politicisation of religious identity makes unbelief akin to treason in some minds; for this reason minority sects, dissenters and atheists are frequently seen as fifth columnists, agents weakening state and nation on behalf of foreign powers.

Identity politics in the region took on its modern forms with the building of centralised nation states. Nationalism itself was an assertion of a politicised cultural identity, first against the Ottomans, then against the European empires. For the new rulers of post-independence states, a fear of disloyal communities turned to a generalised rage for homogeneity – ‘the good citizen’, depending on where they found themselves, was to be an Arab, or a Muslim, (or a Turk, or a Jew) as imagined by the state. Many states standardised dress, dialect and worship.

The state’s top-down approach to culture is infectious. Opposition groups too, whether nationalist, leftist or Islamist, have sought to emulate the rulers by seizing control of the state apparatus and imposing their vision from above.

END_OF_DOCUMENT_TOKEN_TO_BE_REPLACED

Denying the authenticity of the Syrian uprising is a central plank of the Assad regime’s propaganda message – that the whole thing, as the official news agency put it recently, is a “Zio-American” plot.

To anyone who has been following events in Syria closely since last March, the regime’s conspiracy claims are not only ridiculous but terribly insulting to the thousands of protesters who have risked (and often lost) their lives in the struggle against dictatorship. Even so, there’s a small chorus of westerners who seem to be echoing the Assad line.

“Arguably, the most important component in this struggle,” Aisling Byrne wrote in an article last week, “has been the deliberate construction of a largely false narrative that pits unarmed democracy demonstrators being killed in their hundreds and thousands as they protest peacefully against an oppressive, violent regime, a ‘killing machine’ led by the ‘monster’ Assad.”

END_OF_DOCUMENT_TOKEN_TO_BE_REPLACED

Could the root causes of the Arab-Muslim ‘malaise’ be cultural? That’s what journalist Brian Whitaker suggests in his book ‘What’s Really Wrong With the Middle East’. The thesis sounds suspicious, but Whitaker isn’t a cheap Orientalist, and he uses interviews with Arabs as his raw material. The key issues his informants keep pointing to are indeed the issues that, wherever you meet them, young Arabs complain about. These include an undue emphasis on submission and obedience in the education system, at work, and in the home, the social valorisation of conformity, and a corrupt public space.

The personal is the political. The problem in every sphere is one of overbearing authority, and it’s true that this is ultimately family-based, ultimately the result of overly-narrow personal identifications. In fact, I would argue that tribalism, nepotism, sectarianism, even forced marriage and honour killing, are all manifestations of the tyranny of the clan. And the tyranny of the clan is the result of bad governance.

END_OF_DOCUMENT_TOKEN_TO_BE_REPLACED

Brian Whitaker writes a good article on New Labour’s intimidatory tactics against British Muslims. And here is an unusually excellent editorial from the Guardian. The branding of the Istanbul Declaration as extremist is designed to ensure that nobody engages with it, and it deserves to be engaged with. Although I don’t identify with the religious language myself, or like the globalising flourish at the end, I don’t see anything terribly objectionable about the declaration, which is posted after the Whitaker article.

Following the recent muddle over Hezbollah, the British government continues to dig itself deeper into the mire with its “anti-extremism” policy.