I edited the Critical Muslim’s Syria issue, which includes excellent essays by Amal Hanano, Rasha Omran, Itab Azzam, Maysaloon, Malu Halasa, poetry by Golan Hajji, prose from Zakkariya Tamer, and much more. I contributed an essay on Syrian culture revolutionised, and I wrote the following list: 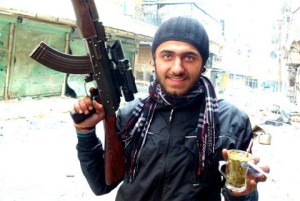 In the old days Syrians were ready to list their ten favourite picnic spots, their ten favourite restaurants, or even ten of the sects participating in the imaginary happy mosaic. Today lists of traumatisation leap to the mind: the ten largest refugee camps, or ten major massacres, or perhaps ten of the numerous new militias.

This list tends towards the positive (only number 10 is a bad thing – it’s something that can’t be ignored). It focusses on those aspects of Syrian reality that can’t be destroyed by war, those things which will survive (with the exception, we hope, of number 10).

Along with Turkish Coffee, Argentinian Yerba Maté is Syria’s quintessential drink. Drink it strong and sugary in a gourd or a glass, through a silver straw from the Qalamoun region; keep the water hot for continual fill-ups; and you’ll be telling Homsi and muhashish jokes all night. Maté connotes conviviality, and sometimes more specifically the Druze, Christian and Alawi mountain communities. When the martyred Free Army commander Abu Furat appealed to the Alawi community, he did so in terms every Syrian would understand: “I know the Alawis well. I’ve visited them in their houses. We’ve drunk maté together. We lived together before and we’ll live together again, despite you, Bashaar.”

How did a South American drink become a Syrian (and Lebanese) staple? The answer is in the late 19th/ early 20th Century mass migration of Syrian-Lebanese to South and North America, the Caribbean, and west Africa. A couple of hundred drowned with the Titanic. The ‘Street of the Turks’ in Gabriel Garcia Marquez’s Macondo is so-called because the people were Ottomans when they arrived in Colombia, but they were Syrian Ottomans, Arabs. Today 20 million people describe themselves as Syrian-Brazilians. Guyana’s richest family is the Maqdeesis. Carlos Menem, former Argentinian president, is of Syrian origin too. 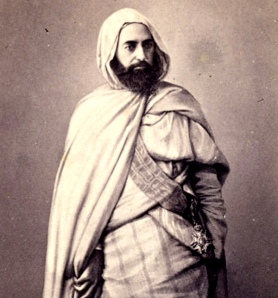 Abdul-Qadir al-Jaza’iri led a long and heroic resistance against the French occupation of Algeria. Eventually captured and brought to Paris, he was given the choice of exile elsewhere in the Arab world. Abdul-Qadir chose Damascus, where he wrote Sufi poetry in the shrine of the mystic Ibn ‘Arabi, who was an earlier migrant, from Andalucia. In 1860, when the Christian quarter of the Old City was burnt in sectarian rioting, Abdul-Qadir protected hundreds of Christians in his house and garden.

The tomb of Ibn ‘Arabi stands between two inner-city neighbourhoods climbing the slope of Mount Qassiyoun: ‘Muhajireen’, or Migrants, is so-named because it once housed Muslim refugees from the Balkans; and ‘Akrad’ means Kurds – still a Kurdish area, it was first built for the Kurds who came with Salahudeen al-Ayyubi (Saladin’s) armies.

Who else? Armenians, descendants of those who survived the forced march from Anatolia. Half a million registered Palestinian refugees and many more Palestinian-Syrians (Yarmouk camp in Damascus, Syria’s largest Palestinian population, is nearly empty now – its population refugees for a second time, mostly in Lebanon). Over a million and a half Iraqi refugees until Damascus and Aleppo became even less secure than Baghdad and Basra. And in 2006, a million refugees from the Lebanese South (fleeing Israeli bombs), who were welcomed in mosques, schools and private homes. Syrians angrily compare the way they welcomed refugees with the way they are now (not) welcomed, in their hour of need.

END_OF_DOCUMENT_TOKEN_TO_BE_REPLACED 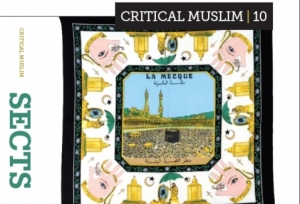 Here’s a brief extract from my essay on Syria’s Alawi community, its history and doctrines and its political fortunes under Assadist rule and during the revolution, written for the Sects issue of the Critical Muslim. If you haven’t done so yet, please subscribe, and encourage your library or college to do so. The next issue will be a Syria special.

Syria’s CIA-backed military coup in 1949 was the first in the Arab world. Although there was a later parliamentary interval, the coup brought the army (and therefore rural minority groups) into the centre of Syrian political life, and a pattern of coup and countercoup set in, only brought to an end when Hafez al-Assad, an Alawi air force officer, rose to absolute power in the 1970 ‘Correctionist Movement’, achieving stability through totalitarian control.

From one perspective, Assad’s early years were golden years for the Alawis, as they and other hitherto marginalised sects (Druze and Ismailis) as well as rural Sunnis moved into the cities and entered state elites. (“Syria’s Peasantry, the Descendants of its Lesser Rural Notables, and their Politics” by Palestinian Marxist Hanna Batatu is a wonderfully comprehensive, wonderfully written study of the mechanics and personalities of this movement). The regime settled Alawis (often low-ranking soldiers and their families) in strategic suburbs on the approaches to Damascus. In these early years too, the Ba‘ath demonstrated loyalty to its rural base and its proclaimed socialist values by building schools, clinics and roads for the villages.

END_OF_DOCUMENT_TOKEN_TO_BE_REPLACED

Excerpts from my article on Peshawar which appears in the special Pakistan issue of Critical Muslim.

In Peshawar no one walks as a potential victim. It must be part of human nature to never imagine oneself in the day’s plane crash or car wreck. Death always seems escapable; not so the burden of existence. The astronomical rise in the cost of living is putting a visible strain on most people. Inflation has remained in double-digits since 2008, second only to Vietnam in Asia. Prices of some commodities are comparable to those in Britain. Bananas are cheaper at Sainsbury’s in London.

The free flow of dollars in Afghanistan has created a further distortion, raising prices and emptying markets of commodities which are flowing freely across the border. Smuggling is rife. According to Sayad Waqar Husain of the Institute of Management Sciences, with 141 transit points along the Durand Line, and with dysfunctional customs regulation, there are now 133 illegal markets in Khyber Pakhtunkhwa and Federally Administered Tribal Areas (FATA) alone where trade in non-custom paid goods is booming. Property prices have also risen and rents are high. Real estate prices amplified by inflation are making people invest in the only commodity which is likely to keep its price. With an exploding population, accommodation is always scarce and buyers always at hand.

Although Pakistan’s cumulative birth rate has declined in recent years, the fertility rate in Khyber Pakhtunkhwa is still the country’s highest. In 1809, when the first British envoy to Kabul Monstuart Elphinstone visited the city, it had a population of about 100,000. Following the Sikh conquest in 1832, the number fell to 80,000, dwindling further to 63,079 by 1891. After independence, however, the population began to increase steadily reaching 109,715 in 1951, and 166,273 by 1961. But by 2010, the number had shot up to 3,625,000. This figure very likely excludes the large number of unregistered Afghan refugees who at one time numbered in the millions. All of this places an enormous strain on the city’s resources. Water, which had always been abundant, is now scarce. The city’s sanitation system is overwhelmed—it is impossible to escape the vague odour of raw sewage in most parts of the city. Where oncePeshawar dazzled visitors with its verdure, today it is permanently covered under a coat of dust; the varieties of flowers which were eulogized by everyone from Babar to Elphinstone have today receded into private enclosures.

END_OF_DOCUMENT_TOKEN_TO_BE_REPLACED 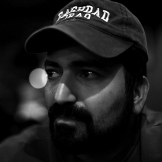 The first issue of Critical Muslim, a quarterly magazine in book form co-edited by Ziauddin Sardar and me, will be in the shops in January. More on that at a later date. Today I’m finishing off a long essay on Syria, Iraq and sectarian hatred for Critical Muslim’s third issue. Amongst the books I review in the essay are Fanar Haddad’s indispensable “Sectarianism in Iraq” and Nir Rosen’s “Aftermath: Following the Bloodshed of America’s Wars in the Muslim World,” which is also indispensable, in a different way. As a taster, here’s the section on “Aftermath.”

For a mix of contextual analysis and gripping reportage, the reader will find no better book than Nir Rosen’s magisterial “Aftermath: Following the Bloodshed of America’s wars in the Muslim World”.

Most Western correspondents were flown into Iraq unable to speak Arabic, largely ignorant of the context, to pass their time attending coalition press briefings or embedded with the US military. Their reports were heavy with simplistic labels (‘the Sunni triangle’, for instance) and ignored non-sectarian nationalism and class issues. Rosen’s writing on Iraq is the polar opposite of such parachute journalism. He speaks Arabic for a start, and blends in physically as a result of the “melanin advantage” bequeathed by his Iranian father. More to the point, he is courageous and energetic, going where few outsiders would dare, whatever their skin tone. He’s a reporter of the best kind, capable of locating pattern behind the copious detail. So he doesn’t merely report the mosque sermons he attended, or his encounters with militiamen and their victims, but accurately interprets and reads between the lines. His descriptions of time, place and personality are vivid, with not an ounce of orientalism added. His lack of sentimentality combined with his obvious sympathy for the people of the region make him the perfect candidate to voyage into the sectarian heart of darkness.