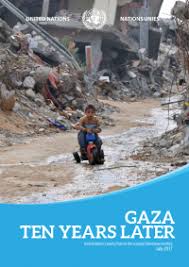 In the summer of 2012, UNICEF and UNRWA asked if Gaza will be liveable by 2020. At the time- five years into Israel’s siege, and post Israel’s 2008 and 2012 carpet-bombing campaigns- one might have been led to think that if the situation only had eight more stable years to go until apocalypse, then it probably doesn’t look too good already. What one might have missed is that Gaza in 2020, as in 2017, as in 2012, is what genocide looks like.

END_OF_DOCUMENT_TOKEN_TO_BE_REPLACED

“Mamnou3,”* she said from behind the window. The harshness of the word was neither softened by its familiarity nor by the lazy gesture that accompanied it when she threw my application back to me.

It was eleven on a cloudless June day. I have been standing in line since 5 o’clock that morning. I was twenty-four. She looked eighteen. I ventured, “Why?”

Her laziness immediately turned into impatience. “Mamnou3!” She repeated, already looking at the next heavily stamped travel application in front of her. Then as if to end any possibility of a conversation, and my future with it, she uttered the dreaded words: “Roukh baitak!”**

There she was in my city, actually few blocks from my home, shooing me away in an Arabic accented with contempt, and deciding my life for me. Her military uniform, her gun which is never far from her, and the bureaucratic authority of an illegal occupation gave her words a finality designed to crush. Just like bulldozers.

These words were the final stamp that sealed my application—an application that I had submitted a month earlier requiring permission to travel from El Bireh in the West Bank to Boston in the United States after receiving a Fulbright scholarship via AMIDEAST. I had graduated from the English Department at Birzeit University two years earlier, despite checkpoints and closures that in my senior year alone totaled seven months. This scholarship was my only chance for graduate education.

But the gods of military occupation had decreed that summer that no one between the ages of eighteen and thirty is allowed to leave the West Bank until further notice. Of course there was no official announcement of such a decree. That would spoil the arbitrariness of it all and give the occupied the dangerous notion that they are owed any explanation at all. You just learn of it when you compare notes with other crushed souls who were told to go home.

END_OF_DOCUMENT_TOKEN_TO_BE_REPLACED 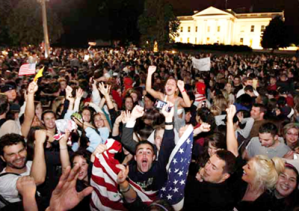 News during the last couple of weeks has rumbled in to shake an already rickety balance of world order.   Perhaps one of the most disturbing images accompanying those headlines, though, was not that of more bruised and bulleted bodies.  Rather, the image was of what the Associated Press termed a ‘jubilant crowd’.   As though they had just won the World Cup Final, Americans waved flags as they sang and chanted their patriotic celebration.

Osama Bin Laden, they had just been told, had been shot dead.  After nearly a decade-long manhunt, he had finally been pounced upon in Pakistan.  The crowd cheered.  And when President Obama made the official announcement, he coaxed the nation to cheer the same; he concluded by quoting the American pledge of allegiance:

Let us remember that we can do these things not just because of wealth or power, but because of who we are: one nation, under God, indivisible, with liberty and justice for all’.

‘Indivisible’.  In this one word lies the notion that has fed American policy for many, many years:  united we stand—divided they fall.

END_OF_DOCUMENT_TOKEN_TO_BE_REPLACED

The Reut Institute sent their “National Security Team” for a whole year in London; conducted interviews with over 150 people (“experts and activists from a range of fields”); Studied biology, economics, terrorism, the internet and Frank Sinatra. All this in order to investigate the BDS movement. They wrote a report, mouthfully titled “Building a Political Firewall against the Assault on Israel’s Legitimacy: London as a Case Study” and this is their conclusion:

Hamas Did It Because They Want to Destroy Israel!

END_OF_DOCUMENT_TOKEN_TO_BE_REPLACED

Excluding Hamas from current and future Palestinian-Israeli peace negotiations is an exercise in futility.

Sidelining Hamas in any process to craft genuine peace between Israelis and Palestinians is a glaring omission tantamount to ignoring an elephant in the room. Whether it is Obama’s or the UN’s negotiating room, pretending something of that size absent is an exercise in futility. Hamas is definitely an elephant with many tales. Telling some of these tales recounts the Islamist movement’s rise to power against all odds.

A movement under ‘siege’

Like Hezbollah in Lebanon, Hamas exists in a world that does not want it and in which it is ‘wanted’, a world some might argue it does not also want. It is lumped with the bogeymen and ‘demons’ of world politics on whom are blamed ‘terror’ and the state of ‘structured chaos’ in the Middle East, Pakistan, and Afghanistan, amongst other hotspots. Hamas is no angel and there are no angels in politics. Indeed, part of the problem lies not only in the political strategies Hamas occasionally deploys, but also in the excessive secrecy surrounding most of the movement’s activities.

END_OF_DOCUMENT_TOKEN_TO_BE_REPLACED

I wrote this in March 2008, before the most recent Gaza massacre, and also before the deployment of ‘morality patrols’ in Gaza. Whilst these patrols have no official authority and have usually (but not always) dispensed their advice politely, they still give off the unpleasant whiff of Saudi Arabia, and seem at best like a diversion from more pressing problems. I support Hamas unconditionally in its resistance to Zionism (and now to Wahhabi-nihilism too), but unconditional support does not need to be uncritical. 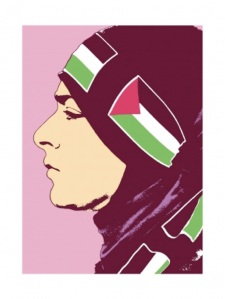 I’ve written a great deal about Israel’s crimes. Here I’ll write about what Hamas should do. I won’t criticise its choice to resist, which I see as entirely legitimate so long as there is no real peace process, and I won’t discuss its evolving methods of resistance, because I don’t think that’s my business or area of expertise. I won’t criticise the so-called ‘coup’ in which it took sole power in Gaza, because it is now common knowledge that it did this to pre-empt an American-Israeli-Dahlan coup against its democratically-elected government, and to restore some kind of order in the territory. And I’m not writing this in an attempt to be ‘objective’ or ‘balanced’; when faced by obvious injustice I see no point in equating the occupier and ethnic cleanser with the occupied and the refugees. I offer the following criticisms as advice, in the hope that it will help the resistance meet its goals.

END_OF_DOCUMENT_TOKEN_TO_BE_REPLACED

This was published in the Sunday Herald.

The mainstream media narrative of events unfolding in Iran has been set out for us as clear as fairytale: an evil dictatorship has rigged elections and now violently suppresses its country’s democrats, hysterically blaming foreign saboteurs the while. But the Twitter generation is on the right side of history (in Obama’s words), and could bring Iran back within the regional circle of moderation. If only Iran becomes moderate, a whole set of regional conflicts will be solved.

I don’t mean to minimise the importance of the Iranian protests or the brutality of their suppression, but I take issue with the West’s selective blindness when it gazes at the Middle East. The ‘Iran narrative’ contains a dangerous set of simplicities which bode ill for Obama’s promised engagement, and which will be recognised beyond the West as rotten with hypocrisy.

END_OF_DOCUMENT_TOKEN_TO_BE_REPLACED

Found below is Nora Barrows-Friedman interview with Diana Buttu on Flashpoints Radio.  They examine the recent killing of Hamas activists in the West Bank while providing the context absent from mainstream media such as the BBC – that the PA works for Israel in crushing resistance to the occupation.

Six Palestinians dead in armed clashes between a Hamas resistance group and US-trained Palestinian Authority forces in the West Bank, former PLO advisor Diana Buttu talks about how the PA is subcontracting the Israeli occupation and turning against its own people.