As the world’s imperial powers unify against Syrians, we offer suggestions for how those in the West can demonstrate solidarity with the besieged 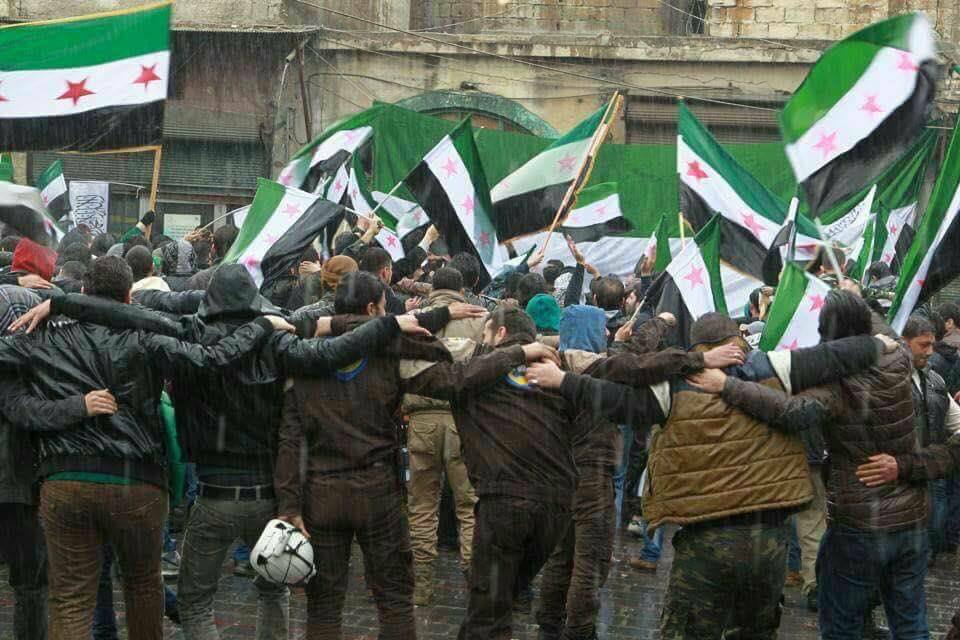 THE last year has been one of the worst in history for Syrians, whose country continues to be torn apart by dictatorship, the Islamic State, various rebel groups, and both U.S. and Russian imperialism. As the regime has solidified its grip on Aleppo–one of the last urban strongholds of opposition forces–the Islamic State continues to be a significant force in the country, as shown by its recapture of the ancient town of Palmyra.

The rise of Donald Trump and his desire to openly work alongside Russia and the Syrian regime as part of an escalated war on terror demands change with respect to how the Western left engages the issue of Syria. Some have spent years downplaying or even openly denying the well-documented suffering of Syrians, dismissing such reports as part of a ploy by Clintonites and liberal interventionists seeking to sell the world a no-fly zone that hasn’t come. The presidential election has all but settled this policy debate; moving forward, the left now needs to figure out how it can organize on behalf of those whom the world has united against. Rehashing the past while displaced Syrians are bombed and deported would be a historical dereliction.

Refugees need to be supported wherever they are, and imperial designs for the partition of their homeland–as well as the normalization of a hereditary regime that has killed hundreds of thousands–must be opposed. Meaningful solidarity could take a number of forms that the global left should pursue immediately, lest it continues to fail Syrians as it has for the last half decade.

END_OF_DOCUMENT_TOKEN_TO_BE_REPLACED

As a Syrian who has always identified politically with the left, I am particularly appalled by those men and women who call themselves left-wingers — and are therefore supposed to stand in solidarity with struggles for justice worldwide — and yet openly support the regime of the Assads, father and son, who are chiefly responsible for the Syrian disaster.

Following four months of intense bombardment by the Russian air force, Bashar Al-Assad’s army, along with Shiite militias hailing from everywhere and mobilized by the Iranian mullahs, have now finished ‘liberating’ Eastern Aleppo. Liberated from whom? From its inhabitants. More than 250,000 inhabitants were forced to flee their own city to escape massacres, as had the people of Zabadani and Daraya before them, and as will many more Syrians if systematic social and sectarian ‘cleansing’ continues in their country under the cover of a massive media disinformation campaign.

That in Syria itself wealthy residents of Aleppo, belonging to all religious sects, rejoice over having been rid of the “scum” — meaning the poor classes who populated Eastern Aleppo — is not surprising at all. We are accustomed to it: the arrogance of dominant classes is universal.

END_OF_DOCUMENT_TOKEN_TO_BE_REPLACED

The responses of most leftists to the Syrian uprising and subsequent war (it’s often forgotten that it started as an uprising — indeed a nonviolent and nonsectarian one) have been deeply disappointing. Disappointing to many Syrian activists, and to many of us on the Left who support the Syrian struggle for dignity and justice, which is now a struggle against both Assad’s killing machine and the jihadi counter-revolutionary forces.

The first camp, while relatively small, represents a truly hideous, morally obscene and, I would argue, deeply reactionary position – siding with a mass murderer and war criminal who presides over a quasi-fascist police state.

The second camp, which encompasses a majority of peace activists and soi-disant anti-imperialists in the West, represents an (ironically) Eurocentric/US-centric stance (it’s all about the West, not the Syrian people) — a total abandonment of internationalism.

The third camp is at least understandable, given the complexity of the Syrian conflict. The book I co-edited on the subject is titled The Syria Dilemma for a reason. Yet this stance remains disconcerting: silence in the face of what UN Secretary-General Ban Ki-moon calls “the biggest humanitarian and peace and security crisis facing the world” is a cop-out. Complexity is not a gag order.

There is a fourth camp, however: a small but growing group of progressives who embrace the goals of the Syrian revolution. There are several shades within this camp – it includes Marxists, pacifists, feminists, Third Worldists and leftists of various sorts. Some support the armed struggle in Syria, others do not, standing instead with the nonviolence activists in Syria. But what unites this camp is its solidarity with the Syrian struggle for dignity, justice and self-determination.