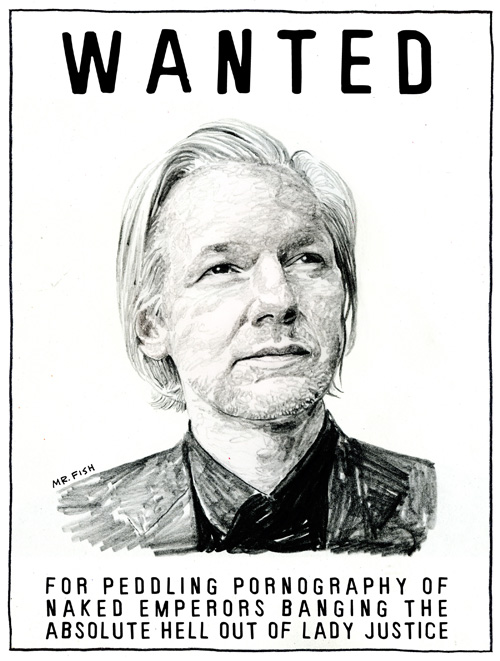 PULSE readers may not have noticed but Lady Gaga is dead. Justin Timberlake is dead. So are Alicia Keys, Elijah Wood and a host of other celebrities. Well not literally dead – ‘digital death’ is what they call it. This past Wednesday, on World AIDS Day, all of these people have seized communication with the outside world through their Twitter and Facebook accounts. (Some lower-caste people too have joined the invitation to commit digital suicide.) The basic aim is to raise money for Alicia Keys’ Keep a Child Alive charity. Only after fans have donated one million dollars to the cause, will the celebrities revive their digital lives.

It’s a great bargain. For as little as $10 not only will you not have to suffer the void in your everyday life of not “knowing where they are, what they had for dinner, or what interesting things are happening in their lives”, at the same time you buy yourself into a community that saves millions of lives and “give[s] millions of real people the care, love and hope they deserve”.

Do “what you always do”, says Keys, and save a few Africans.

END_OF_DOCUMENT_TOKEN_TO_BE_REPLACED 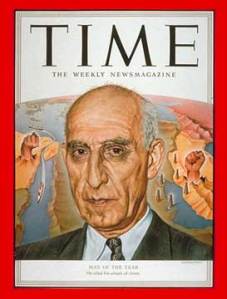 Was there ever a time when a leading organ of the US media could speak the unvarnished truth about the links between the United States and Israel?

Consider this quote from Time magazine of January 1952, embedded in an article that explained its choice of Mohammed Mossadegh as its Person of the Year for 1951. It had no compliments for Mossadegh, the man who was spearheading his country’s bid to take back its oil resources from the British-owned Anglo-Iranian Oil Company. No surprise there.

Surprising, however, is Time’s candor on Israel. It minces no words. US support for the creation of Israel had alienated the Middle East: it had been a costly error, motivated not by national interest but petty considerations of presidential politics. Truman had supported the creation of Israel in order to court American Jewish votes. This was the plain truth: a US President had placed his electoral chances ahead of a vital national interest. Apparently, in those days, Time could write the plain truth without worrying about the tide of flak from the American Jewish community.

END_OF_DOCUMENT_TOKEN_TO_BE_REPLACED

Gareth Porter: Balance of forces in Middle East has changed with Hezbollah able to “cover entire territory of Israel” with rockets.

Ilan Pappe at the Palestine Solidarity conference in Stuttgart am 27 November 2010.

END_OF_DOCUMENT_TOKEN_TO_BE_REPLACED

Wikileaks has transformed activism, raising its scope and impact. Its detractors are myriad, but it defenders are worthier. Daniel Ellsberg is of course the best known among them, who has recently written an open letter to Amazon criticizing its decision to deny service to Wikileaks. But there are also Ray McGovern, Ron Paul and Noam Chomsky. Our friend Phil Weiss has also written an eloquent tribute to Wikileaks’s achievements. But by far the most impressive commentator on the issue is constitutional law attorney and Salon blogger Glenn Greenwald. For a delightful demolition of the naysayers and their anaemic arguments watch Greenwald debate Steven Aftergood of FAS on Democracy Now.  Also don’t miss Dylan Ratigan’s extended interview with Greenwald on the overblown reactions to Wikileaks:

All mirror sites can be found listed at http://mirror.wikileaks.info/, also listed over the jump.

The subject of the twitter hashtag #FUJoe, introduced by others, is US Senator Joe Lieberman.

See also Daniel Ellberg’s open letter to Amazon and the notice posted by Amazon Web Services explaining their decision. Antiwar.com are ending their association with Amazon.

END_OF_DOCUMENT_TOKEN_TO_BE_REPLACED

Fault Lines with Avi Lewis looks at the Canadian Israel Lobby. Over the fold you’ll also find two excellent documentaries on the US and British Israel lobbies. They all have one thing in common: they were all produced by media institutions outside North America — Al Jazeera, VPRO, and Channel 4 respectively.

Seen as an honest-broker in the Israel-Palestinian conflict, Canada has become one of Israel’s most fervent supporters. Avi Lewis investigates.

END_OF_DOCUMENT_TOKEN_TO_BE_REPLACED

Ray McGovern: NYT ignores intelligence there is no evidence of Iran nuclear weapons program program. He also has some interesting observations about Alan Dershowtiz’s fantasies.

Editor’s Note: For backround on the Bhopal disaster click here. 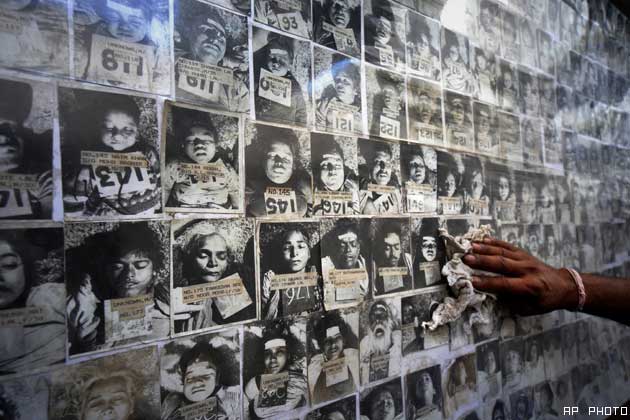 Friday marks the 26th anniversary of the world’s worst industrial catastrophe, the Bhopal Gas Disaster, which brought to light in the most horrific of ways the darker side of economic globalisation. The disaster saw the lives of hundreds of thousands of impoverished Indians destroyed as negligence on the part of a US multinational led to the escape of over 40 tons of ultra-hazardous toxic gasses from a poorly built pesticide factory, laying waste on an entire city.

Although estimates vary, the current death toll is thought to be 25,000, and those seriously injured number well over 100,000. These numbers are still rising due to the thousands of tons of abandoned chemicals continuously polluting the Bhopali environment (with increasing concentrations in the soil and drinking water), and gas-affected survivors giving birth to children with serious genetic malformations.

To date, justice has evaded Bhopal victims and their families, who continue to suffer with a vast range of crippling disabilities as well as psychological trauma. The multinational behind all this — Union Carbide Corporation, now owned by the Dow Chemical Company — continues to exploit the inadequate framework of the Indian legal system and has been aided by indifference and at times probable collusion by the central government which dubiously insists it has always acted in the best interest of the victims.