Last Thursday the Islamic Relief charity shop in Glasgow was badly damaged in an arson attack. Over in Germany, 32-year-old Egyptian mother Marwa Sherbini was stabbed to death by her assailant — in a courtroom! — for wearing the hijab. And now this: “Bomb seizures spark far-right terror plot fear“, reports David Leppard of Times.

A network of suspected far-right extremists with access to 300 weapons and 80 bombs has been uncovered by counter-terrorism detectives.Thirty-two people have been questioned in a police operation that raises the prospect of a right-wing bombing campaign against mosques. Police are said to have recovered a British National party membership card and other right-wing literature during a raid on the home of one suspect charged under the Terrorism Act.

In England’s largest seizure of a suspected terrorist arsenal since the IRA mainland bombings of the early 1990s, rocket launchers, grenades, pipe bombs and dozens of firearms have been recovered in the past six weeks during raids on more than 20 properties. Several people have been charged and more arrests are imminent. Current police activity is linked to arrests in Europe, New Zealand and Australia.

END_OF_DOCUMENT_TOKEN_TO_BE_REPLACED

“The uprising in the Amazon is more urgent than Iran’s”, writes Johann Hari of The Independent – “it will determine the future of the planet.” Hyperboles aside, this is truly an excellent piece of journalism. The silence and lack of solidarity from the ‘left’ in the West for the heroic struggles for survival of indigenous peoples throughout Latin America in the face of brutal political and economic repression is “shaming” indeed. “These people had nothing” writes Hari “but they stood up to the oil companies. We have everything, yet too many of us sit limp and passive, filling up our tanks with stolen oil without a thought for tomorrow. The people of the Amazon have shown they are up for the fight to save our ecosystem. Are we?” Let’s see how things shape up during this week’s G8 summit in Italy but the prospects for a revival of the faltering alter-globalisation movement seem rather bleak, according to Ben Trott. (Also, have a look at Belen’s excellent piece on recent events in Peru, if you haven’t already.)

While the world nervously watches the uprising in Iran, an even more important uprising has been passing unnoticed – yet its outcome will shape your fate, and mine.

END_OF_DOCUMENT_TOKEN_TO_BE_REPLACED

Congratulations to Al Jazeera, by far the best mainstream news channel, for finally reaching a US audience. Incidentally, in the discussion that follows the stupidest question comes from James Reston Jr., who was portrayed in the film Frost/Nixon as the principled and tenacious researcher who helped Frost secure Nixon’s confession.

Al Jazeera: Just days before Al Jazeera English makes its debut on television airwaves in the US, Al Jazeera’s Josh Rushing hosts a town hall meeting in Washington DC. The show goes behind-the-scenes at Al Jazeera English and allows the audience to engage in a hard-hitting discussion with panelists Sir David Frost, Marwan Bishara and Ghida Fakhry about Al Jazeera, the stories it covers and its coverage of the US.

END_OF_DOCUMENT_TOKEN_TO_BE_REPLACED

A month before the invasion of Iraq and less than a year before he tragically passed away, a frail Edward Said delivered this honorary lecture at UC Berkeley. It is Said’s most foreceful and passionate denouncement of Israel’s systematic destruction of Palestinian nationhood I have come across so far, a testament to a tireless voice of reason and humanism that is sorely missed in the academe and far beyond.

Patrick Bond, South Africa’s leading  analyst and author of a number of excellent books on the country’s post-Apartheid neoliberal transformation, reports about rising class polarisation and the prospect of mass social unrest in the wake of the global economic recession.

(Durban, 28 June 2009) — With high-volume class strife heard in the rumbling of wage demands and the friction of township “service delivery protests”, rhetorical and real conflicts are bursting open in every nook and cranny of South Africa.
The big splits in society are clearer now. The 2005-09 dispute within the ruling African National Congress (ANC) between camps allied to former president Thabo Mbeki and President Jacob Zuma has resolved itself largely in Zuma’s favour.

END_OF_DOCUMENT_TOKEN_TO_BE_REPLACED 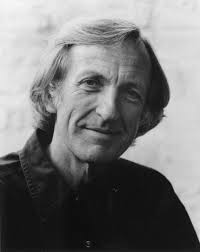 “Legendary author and filmmaker John Pilger talks about the expansion of US empire in Asia and Latin America” on Flashpoints Radio.  This is a promotion for Socialism Conference, which will presumably upload Pilger’s saturday lecture, and has many great speakers, including friend of Pulse Dahr Jamail.

You know that things for the Western occupation of Afghanistan have reached a pretty pass when the most devastating indictment of its failures comes from a former colonial manager. Here is Rory Stewart in the London Review of Books (the world’s best publication by far ) presenting what may be the most trenchant critique of the of the US-UK occupation of Afghanistan, but as can be expected from someone who had earlier played a key role in managing the UK occupation of Southern Iraq, he limits it to the handling of the occupation.

We are accustomed to seeing Afghans through bars, or smeared windows, or the sight of a rifle: turbaned men carrying rockets, praying in unison, or lying in pools of blood; boys squabbling in an empty swimming-pool; women in burn wards, or begging in burqas. Kabul is a South Asian city of millions. Bollywood music blares out in its crowded spice markets and flower gardens, but it seems that images conveying colour and humour are reserved for Rajasthan.

Barack Obama, in a recent speech, set out our fears. The Afghan government

is undermined by corruption and has difficulty delivering basic services to its people. The economy is undercut by a booming narcotics trade that encourages criminality and funds the insurgency . . . If the Afghan government falls to the Taliban – or allows al-Qaida to go unchallenged – that country will again be a base for terrorists who want to kill as many of our people as they possibly can . . . For the Afghan people, a return to Taliban rule would condemn their country to brutal governance, international isolation, a paralysed economy, and the denial of basic human rights to the Afghan people – especially women and girls. The return in force of al-Qaida terrorists who would accompany the core Taliban leadership would cast Afghanistan under the shadow of perpetual violence.

When we are not presented with a dystopian vision, we are encouraged to be implausibly optimistic. ‘There can be only one winner: democracy and a strong Afghan state,’ Gordon Brown predicted in his most recent speech on the subject. Obama and Brown rely on a hypnotising policy language which can – and perhaps will – be applied as easily to Somalia or Yemen as Afghanistan. It misleads us in several respects simultaneously: minimising differences between cultures, exaggerating our fears, aggrandising our ambitions, inflating a sense of moral obligations and power, and confusing our goals. All these attitudes are aspects of a single worldview and create an almost irresistible illusion.

END_OF_DOCUMENT_TOKEN_TO_BE_REPLACED

This was published on the Reuters Great Debate blog.

There’s no pretty way to describe what I saw in Hebron, no tidy conceit to wrap it in.

I visited as a participant in the Palestine Festival of Literature, the brain child of the great British-Egyptian novelist Ahdaf Soueif. I was in the company of many wonderful writers and publishers, among them Python and traveller Michael Palin, best-selling crime novelist Henning Mankel, Pride and Prejudice screenplay writer Deborah Moggach, and prize-winning novelists Claire Messud and MG Vassanji.

Our first stop was Hebron University, where I ran a workshop on ‘the role of writing in changing political realities.’ The students were bright and eager; the only discomforting note was struck by a memorial stone to three killed while walking on campus, by rampaging settlers, in 1986.

END_OF_DOCUMENT_TOKEN_TO_BE_REPLACED

Paul Craig Roberts, former Assistant Secretary of the Treasury in the Reagan administration, on Russia Today, explains that when it comes to the Middle East, the US Government is the puppet of Israel (or rather its lobby).

Included below is his recent counterpunch article on Israel’s kidnapping of the  ‘Spirit of Humanity’ activists titled Pirates of the Mediterranean.