Yesterday, I stumbled across a title in Ma’an that shook me to the core:

To anyone who knows the Israeli curriculum, this is one of the most chilling statements anti-colonialists can imagine. The Israeli school curriculum is what allows millions of Israelis to enlist to the army, to cheer on as it slaughters Palestinians en-masse, and to be OK with being “a little bit fascist” .

I want to make a very important stop here, before we continue examining the article and the questions which it raised in my mind, so my readers, who didn’t grow up through Israel’s public school indoctrination, can get a basic idea of how it works. So sit back for 28 minutes and get to know the incredibly important research of Nurit Peled-Elhanan about the colonialist racist discourse in Israeli textbooks:

END_OF_DOCUMENT_TOKEN_TO_BE_REPLACED

When oppression is successful, the oppressor gains control over his victim’s borders, erases them, and redraws them according to his whims. The victim’s narrative no longer exists, and as such, just telling their own story is an act of liberation. When Palestinians chose Boycott, Divestment and Sanctions (BDS) as a form of telling their story (not just a form of action), they changed a continual paradigm of abuse which made their story insignificant, and were finally able to cut the cycle of abuse and silence. No longer do Palestinians need to react to Israel’s Hasbara line. They have reclaimed their narrative, and now the state of Israel is forced to react in accordance to it.

END_OF_DOCUMENT_TOKEN_TO_BE_REPLACED 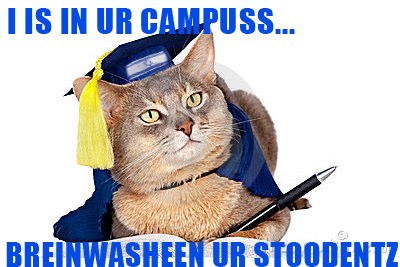 Last week I thoroughly dealt with the not-so-scholarly and o-so-fallacious Nobel Laureates’ statement on BDS.  In almost pure cosmic irony I just got a link from a friend to a Prime Minister’s Office “non-tender”: Request for information about improving Israel’s image on U.S.A campuses.

Now that those talkback-esque arguments are out of the way, let’s get into the direct cynical use the Israeli government makes of the academia, in order to further its propaganda.

[Limited by my translation]:

END_OF_DOCUMENT_TOKEN_TO_BE_REPLACED

At the end of October, 40 Nobel Laureates decided to collaborate with an overtly Zionist institution and write a dubious-at-best (Fisking will begin momentarily) public statement, denouncing the academic and cultural portion of the initiatives of the growing world-wide BDS (Boycott, Divestment and Sanctions) movement. Their claims were not new to us, in the movement, nor did they inspire any serious debate, or new thought. Though the statement in itself merited no intellectual response, the mere stature of its authors elicited a response from PACBI (the Palestinian campaign for the Academic & Cultural Boycott of Israel). That said, in the spirit of the free exchange of ideas (and my obsession with taking talkbacks way too seriously), I’d also like to reply to the [n]obel Laureates.

On Ethics and Axioms

“Always shocked but never surprised” has become a mantra to me in the past couple of years. I’ve grown to understand my reality as a place (or rather a twilight zone) where shocking events often happen and ignorant statements are often made, and all without the blink of an eye. No guilt, no shame. No accountability.